The First Nations Summit adopted fundamental principles, which are the basis of our discussions with Canada and British Columbia. We at the Summit table are mindful that in our respective territories we are autonomous, and make decisions about our Nations that are important to our people in our respective territories. We come to the Summit table to share ideas and strategies on how to collectively reach negotiated treaty agreements and advance aboriginal rights.

For the current Status of Negotiations, the BC Treaty Commission web site posts a regular update.

The six stage process is set out in the BC Claims Task Force Report of 1991 and incorporated in the tripartite Treaty Commission Agreement of 1992.

Learn More about the 6-stage process

The Treaty Commission’s primary role is to oversee the negotiation process to make sure that the parties are being effective and making progress in negotiations. In carrying out the recommendations of the BC Claims Task Force, the Treaty Commission has three roles: facilitation, funding and public information and education.

The BCTC acts independently to:

The Road to Treaty Negotiations in British Columbia

From 1763 to present, a chronological timeline of key events.

As of September 2001, there are 49 First Nations involved in 40* sets of negotiations, participating in the BC treaty process.

The fiscal relationship that is negotiated as part of Treaty arrangements will determine a First Nation’s access to capital, whether it is able to receive its fair share of funding and the extent to which it is able enjoy the benefits of any jurisdiction, land or settlement cash. 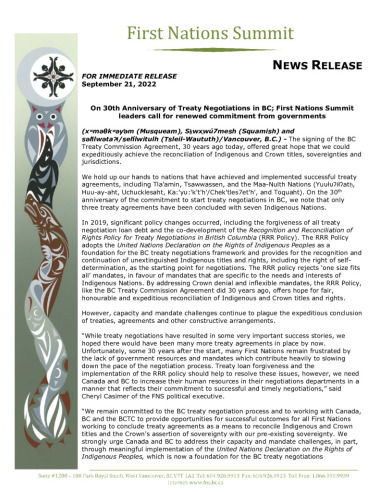 On 30th Anniversary of Treaty Negotiations in BC; First Nations Summit leaders call for renewed commitment from governments 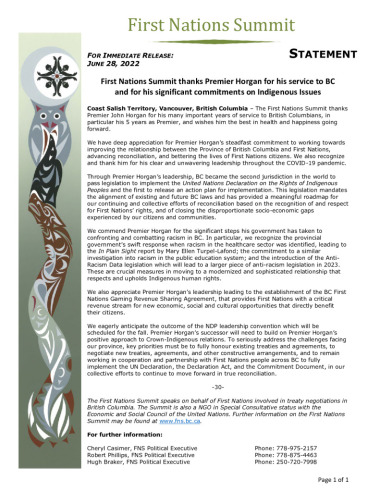 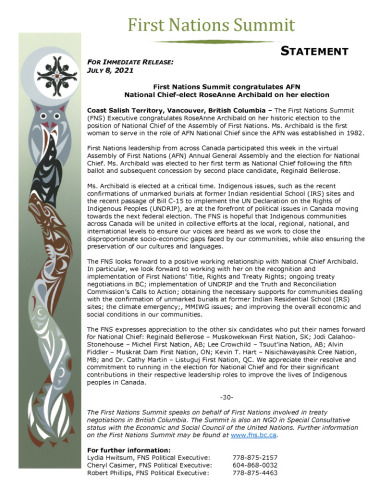