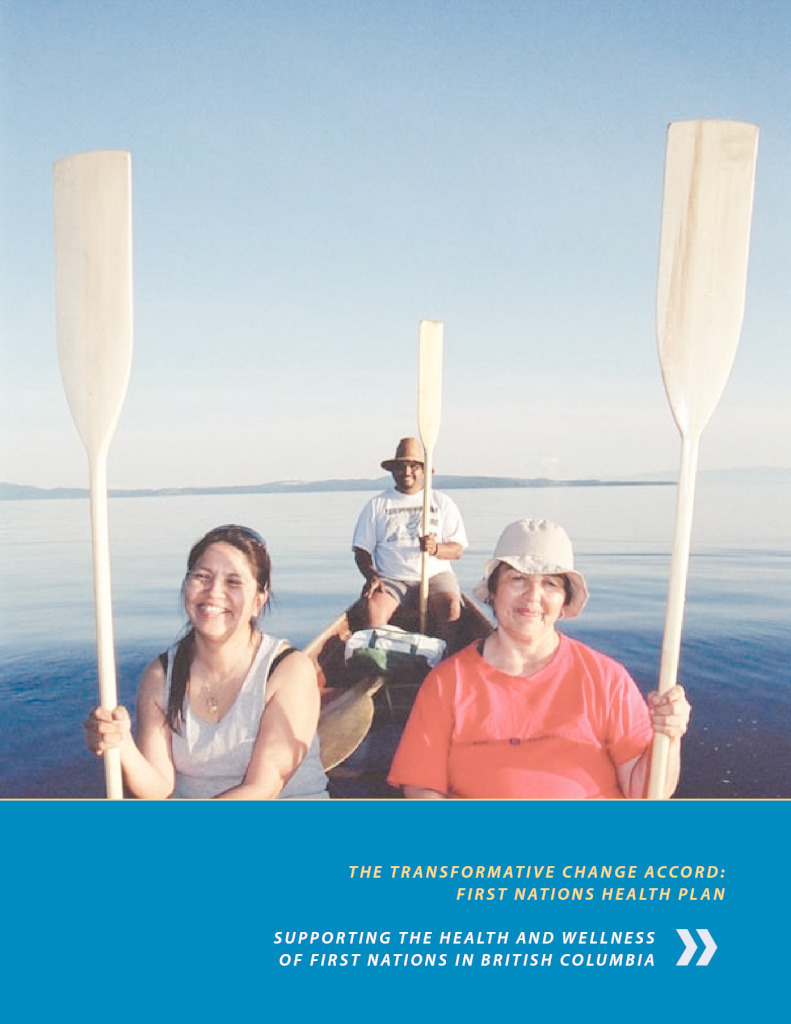 The Transformative Change Accord: First Nations Health Plan – Supporting the Health and Wellness of First Nations in British Columbia

In November 2005, the Province of British Columbia, the First Nations Leadership Council, and the Government of Canada signed a historic agreement entitled the Transformative Change Accord. The Accord recognizes the need to strengthen relationships on a government-to- government basis, and affirms the parties’ commitment to achieve three goals:

The Accord acknowledges and respects established and evolving jurisdictional and fiduciary relationships and responsibilities, and the need to remove impediments to progress by establishing effective working relationships. Through the Accord the parties agreed to establish a 10-year plan to bridge the differences in socio-economic standards.

The First Nations Leadership Council and British Columbia have developed this First Nations Health Plan to identify priorities for action to close the health gap between First Nations and otherBritishColumbians. Itisintendedtoguideoureffortstoaddressthecriticalchallenges that must be overcome in order to deliver on the joint commitments to improve the health and well-being of First Nations peoples and communities. It is our hope and expectation that the Government of Canada will join us in developing a tripartite implementation strategy for the health component of the Transformative Change Accord.