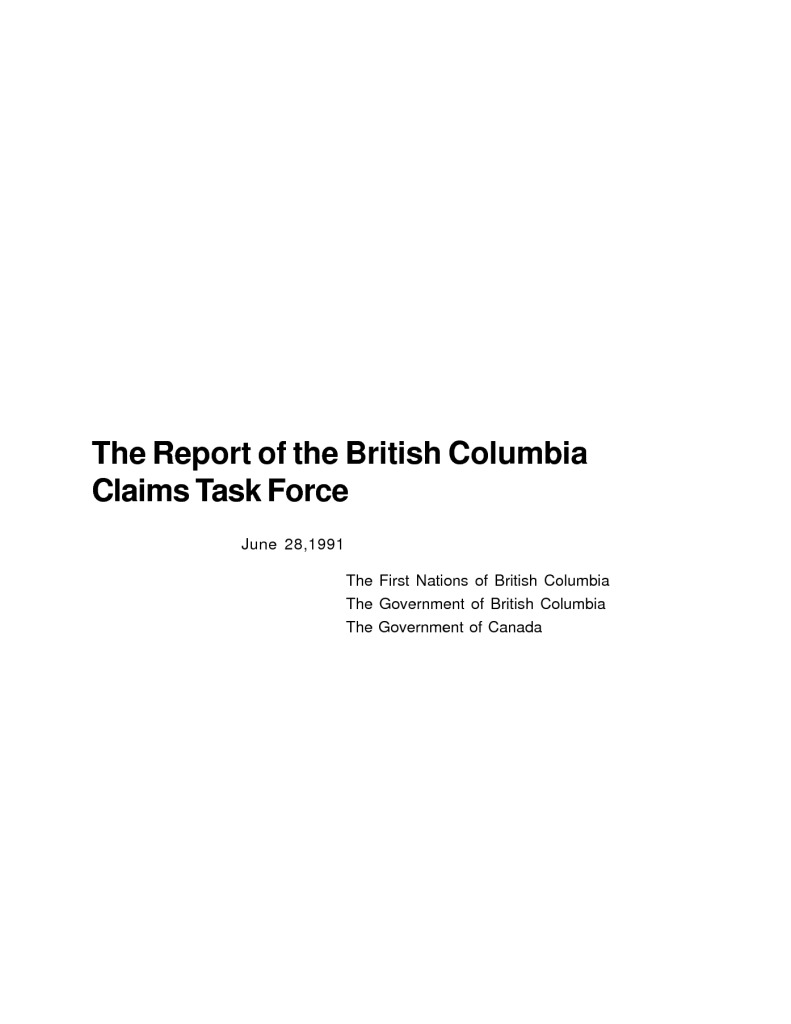 The Report of the British Columbia Claims Task Force

We are pleased to present the report of the British Columbia Claims Task Force.

We are convinced that the process must be open, fair and voluntary. The result of the negotiations must be set down in modern treaties, the blueprints for a new relationship. Implementation of these treaties will require the commitment of all to bring about positive and lasting change in the political, social and economic structures of British Columbia.

The negotiations to build a new relationship between First Nations, British Columbia and Canada should begin as soon as possible.

We unanimously make these recommendations and urge you to implement them without delay.