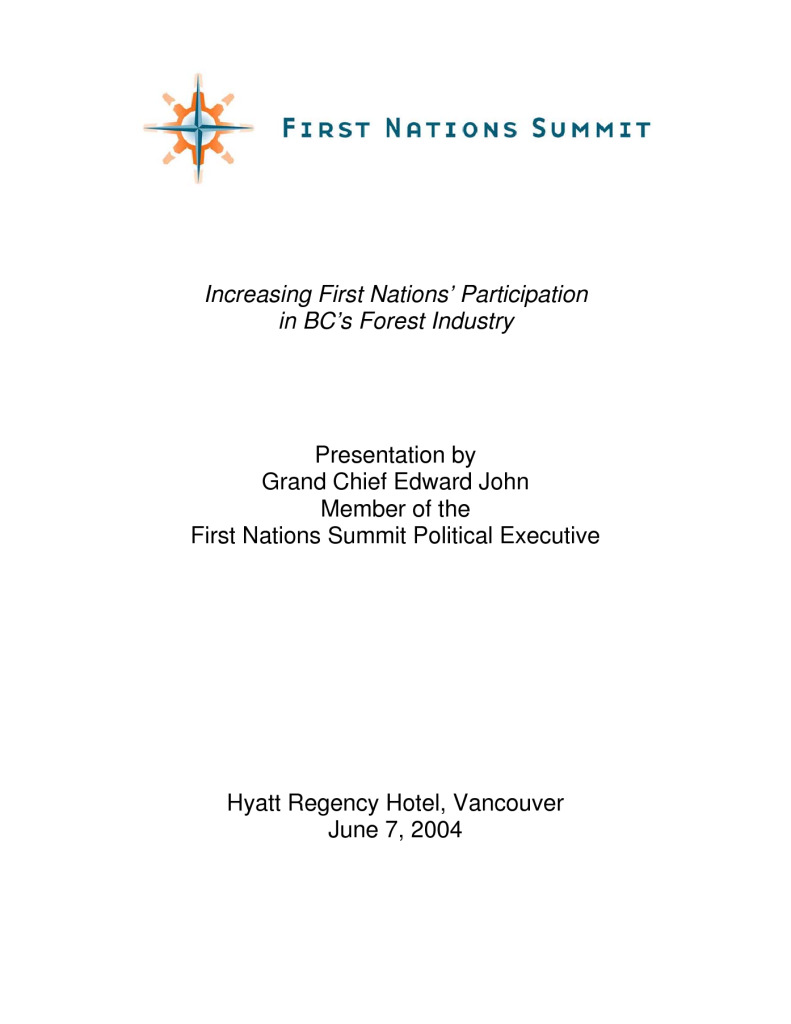 I would like to acknowledge the Coast Salish People on whose territory we meet.

Today I open my address with an excerpt from the June 24th, 1913 Royal Commission on Indian Affairs for the Province of British Columbia. In this document Musqueam Chief Johnny states, “I have a few words to say yet. It is indeed true what the Chairman said, the Indian’s custom of taking fish was only be the means of a small net, and they only caught by the means of a small net, and they only caught very few so as not to destroy the fish with a net only 3 feet wide. This is the reason I say that I did not destroy the fish. It is the Whiteman that brought the long nets and catches all kinds of fish. That is the reason the fish are all going away. Whenever we go out and hunt for the deer, if we get one we bring it down and use all the meat – we don’t waste any of it, only the guts and the tripe is left behind. The Whiteman goes out hunting for the deer, sometime they shoot a buck and just take the horns or maybe just take the skin off and leave the meat there. It is a living for the Indians, it is a pleasure for the whites, and about the ducks it is the same way. When the Whitemen go out, they shoot all descriptions of ducks and leave them floating in the sea, but when the Indians go out shooting, they know when they have enough but the Whiteman never knows, and about the fish it is the same way. The Whitemen use a long net, and whenever they get so much fish that they cannot sell them, they throw them overboard – but the Indians do not do that whenever we get or catch fish, we know when to stop and we eat or sell all we catch. These are the grievances I bring before you commissioners, and I say that the food of the Indians is being seized and destroyed.”