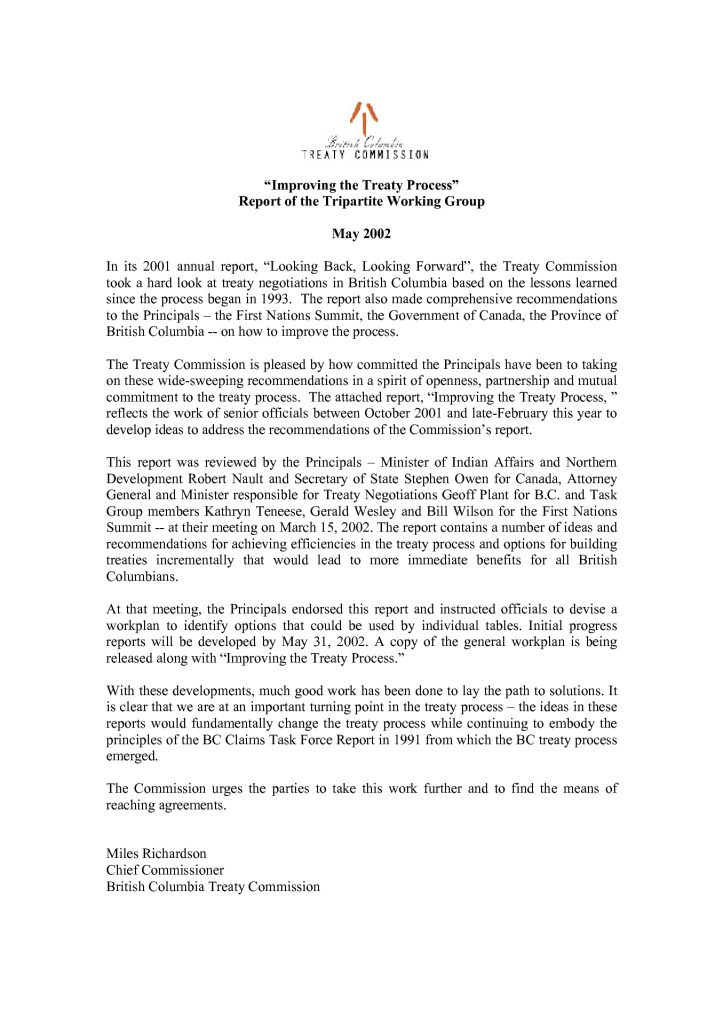 “Improving the Treaty Process”: Report of the Tripartite Working Group

In its 2001 annual report, “Looking Back, Looking Forward”, the Treaty Commission took a hard look at treaty negotiations in British Columbia based on the lessons learned since the process began in 1993. The report also made comprehensive recommendations to the Principals – the First Nations Summit, the Government of Canada, the Province of British Columbia — on how to improve the process.

The Treaty Commission is pleased by how committed the Principals have been to taking on these wide-sweeping recommendations in a spirit of openness, partnership and mutual commitment to the treaty process. The attached report, “Improving the Treaty Process, ” reflects the work of senior officials between October 2001 and late-February this year to develop ideas to address the recommendations of the Commission’s report.