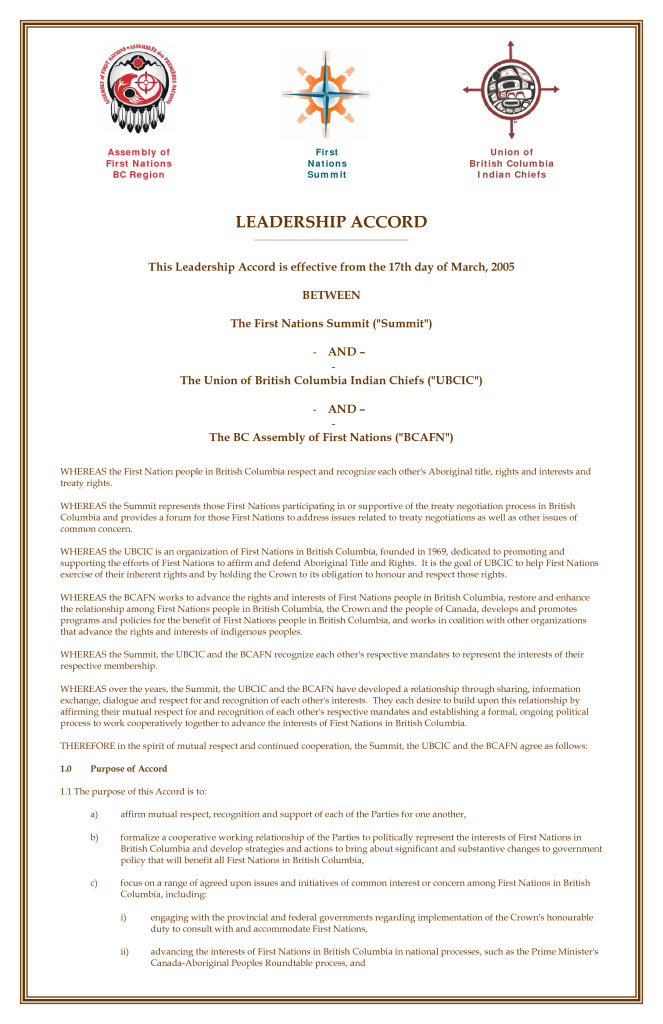 This Leadership Accord is effective from the 17th day of March, 2005 BETWEEN
The First Nations Summit (“Summit”)

The BC Assembly of First Nations (“BCAFN”)

WHEREAS the First Nation people in British Columbia respect and recognize each other’s Aboriginal title, rights and interests and treaty rights.