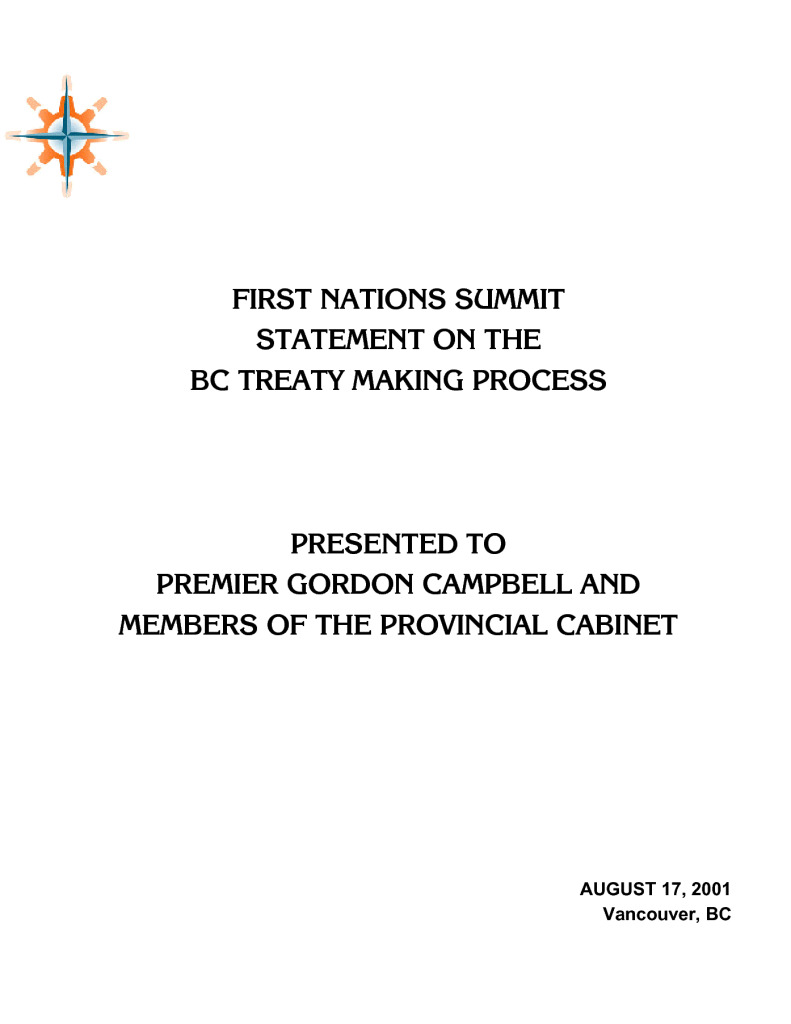 First Nations Summit Views on the BC Treaty Making Process

First Nations currently engaged in the British Columbia treaty making process view negotiation, rather than litigation or confrontation, as the preferred route to achieving a fair and just settlement to the long outstanding “land question” in British Columbia. From the start First Nations recognized that an effective treaty negotiation process must address key issues such as the recognition of Aboriginal title and rights, certainty, interim measures, compensation and self government.

Since 1991, shortly after the Province of British Columbia finally agreed to participate in treaty making, the primary focus of the First Nations Summit has been to ensure the treaty process moves forward. The Summit remains steady in its resolve, despite obstacles created by Canada and British Columbia, to ensure the treaty process moves ahead in a manner that does not compromise our fundamental principles.

The First Nations Summit is pleased to have an opportunity to meet with the Premier and provincial Cabinet and see this as a chance to state our interests and to lay the foundation for cooperative efforts with the provincial government that will benefit our people and British Columbia in general.