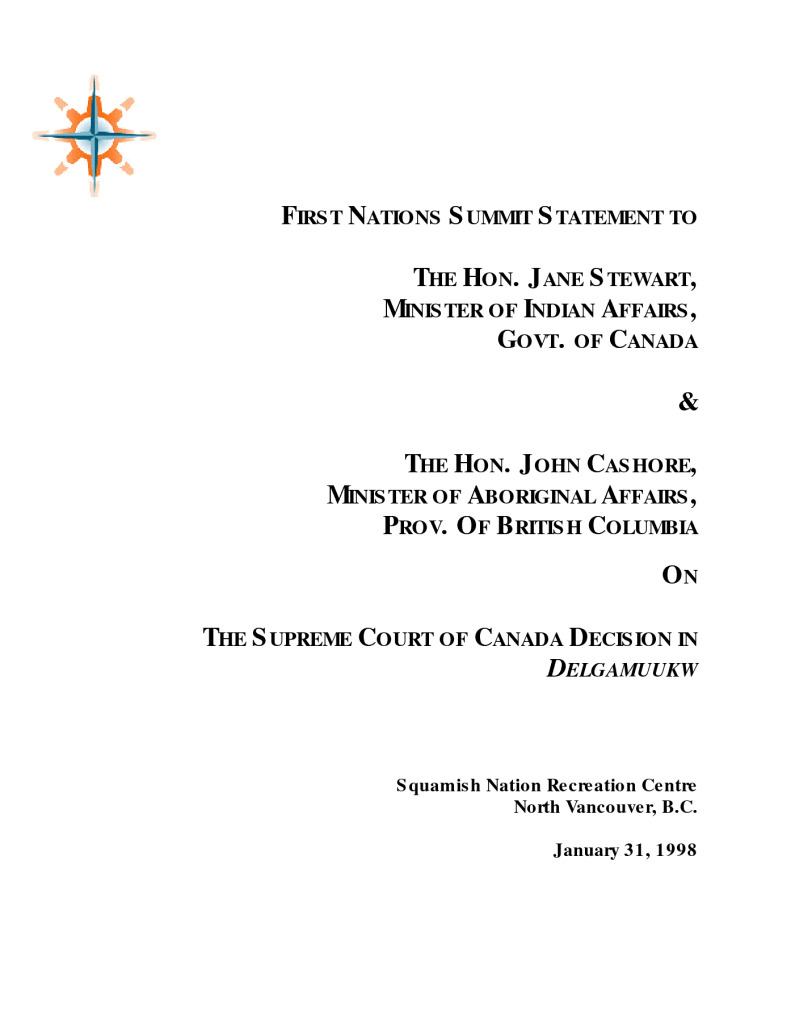 The Supreme Court of Canada’s recent decision in Delgamuukw confirms what we have been saying since contact with non-aboriginal people. We the First Peoples in the land now called British Columbia have aboriginal title to our lands.

The First Nations Summit is placing the Crown on notice that we are re-establishing our communities, our economies and our laws on our aboriginal title lands. Our aboriginal title has been acknowledged as being on an equal footing with the Crown’s title, in the same way that our governments and institutions are on an equal footing with the Crown and its institutions. We are now reassuming our rightful place as Nations with aboriginal title to and control of our lands. We are also calling on Canada and British Columbia to signify their good faith by immediately bringing their policies into line with the requirements of Delgamuukw following the joint process put forward by the First Nations Summit.