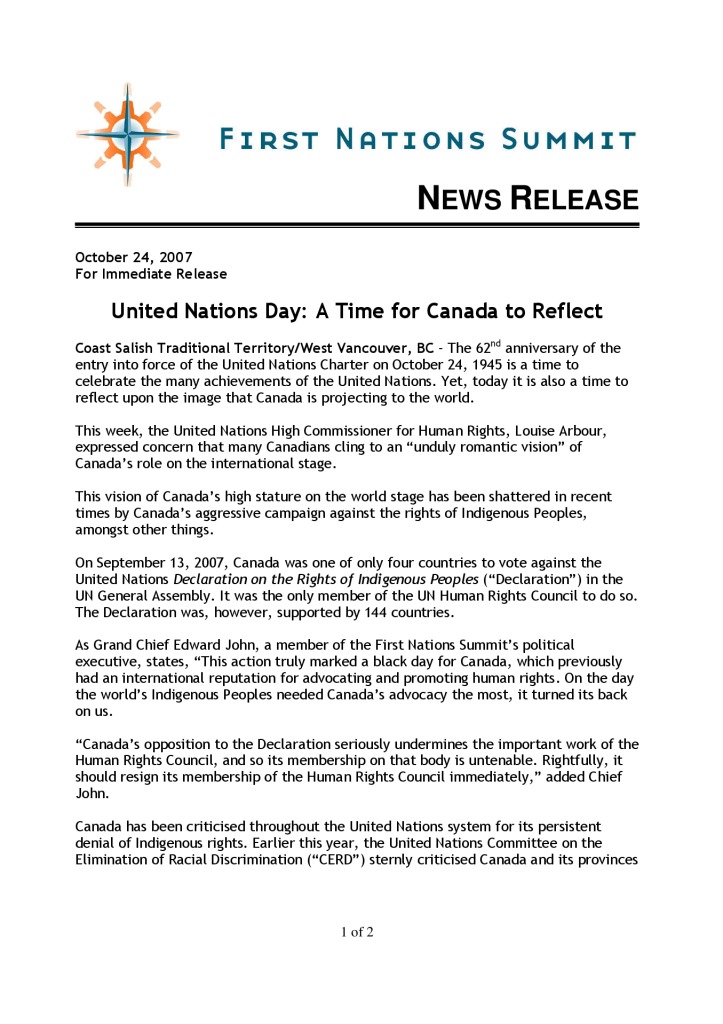 United Nations Day: A Time for Canada to Reflect

Coast Salish Traditional Territory/West Vancouver, BC – The 62nd anniversary of the entry into force of the United Nations Charter on October 24, 1945 is a time to celebrate the many achievements of the United Nations. Yet, today it is also a time to reflect upon the image that Canada is projecting to the world.

This week, the United Nations High Commissioner for Human Rights, Louise Arbour, expressed concern that many Canadians cling to an “unduly romantic vision” of Canada’s role on the international stage.

This vision of Canada’s high stature on the world stage has been shattered in recent times by Canada’s aggressive campaign against the rights of Indigenous Peoples, amongst other things.

On September 13, 2007, Canada was one of only four countries to vote against the United Nations Declaration on the Rights of Indigenous Peoples (“Declaration”) in the UN General Assembly. It was the only member of the UN Human Rights Council to do so. The Declaration was, however, supported by 144 countries.