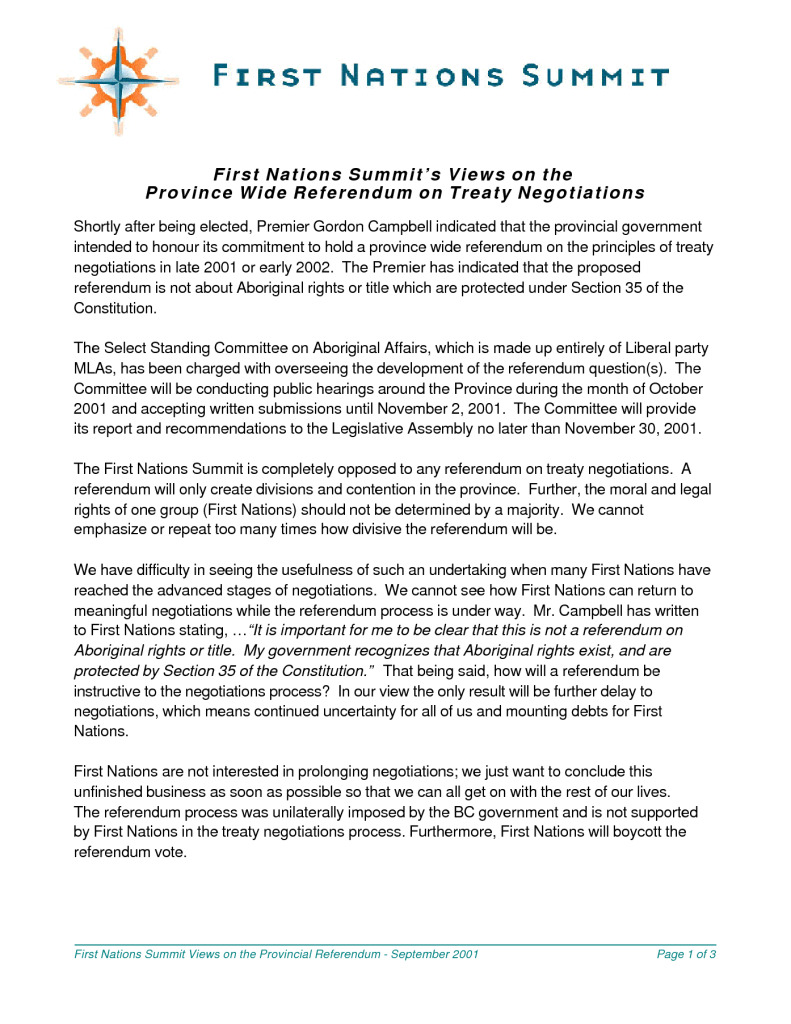 Treaty Referendum a Moral Outrage and a mockery of democracy, FNS says

Text from the First Nations Summit ad, which ran across the province on April 5th:

Do NOT Vote in Gordon Campbell’s referendum on treaty negotiations

The First nations Summit is asking British Columbians to join in a boycott of the upcoming referendum on treaty negotiations. By choosing not to vote, you will send a clear message to Premier Campbell.