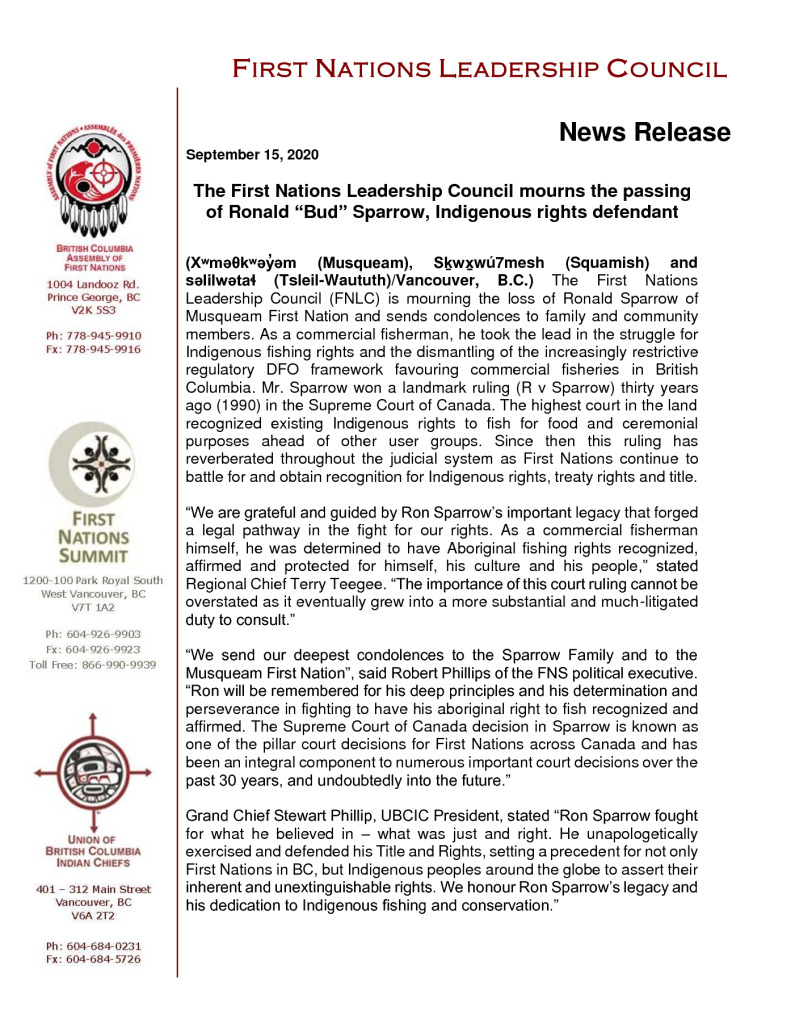 (Xʷməθkʷəy̓əm (Musqueam), Sḵwx̱wú7mesh (Squamish) and səlilwətaɬ (Tsleil-Waututh)/Vancouver, B.C.) The First Nations Leadership Council (FNLC) is mourning the loss of Ronald Sparrow of Musqueam First Nation and sends condolences to family and community members. As a commercial fisherman, he took the lead in the struggle for Indigenous fishing rights and the dismantling of the increasingly restrictive regulatory DFO framework favouring commercial fisheries in British Columbia. Mr. Sparrow won a landmark ruling (R v Sparrow) thirty years ago (1990) in the Supreme Court of Canada. The highest court in the land recognized existing Indigenous rights to fish for food and ceremonial purposes ahead of other user groups. Since then this ruling has reverberated throughout the judicial system as First Nations continue to battle for and obtain recognition for Indigenous rights, treaty rights and title.