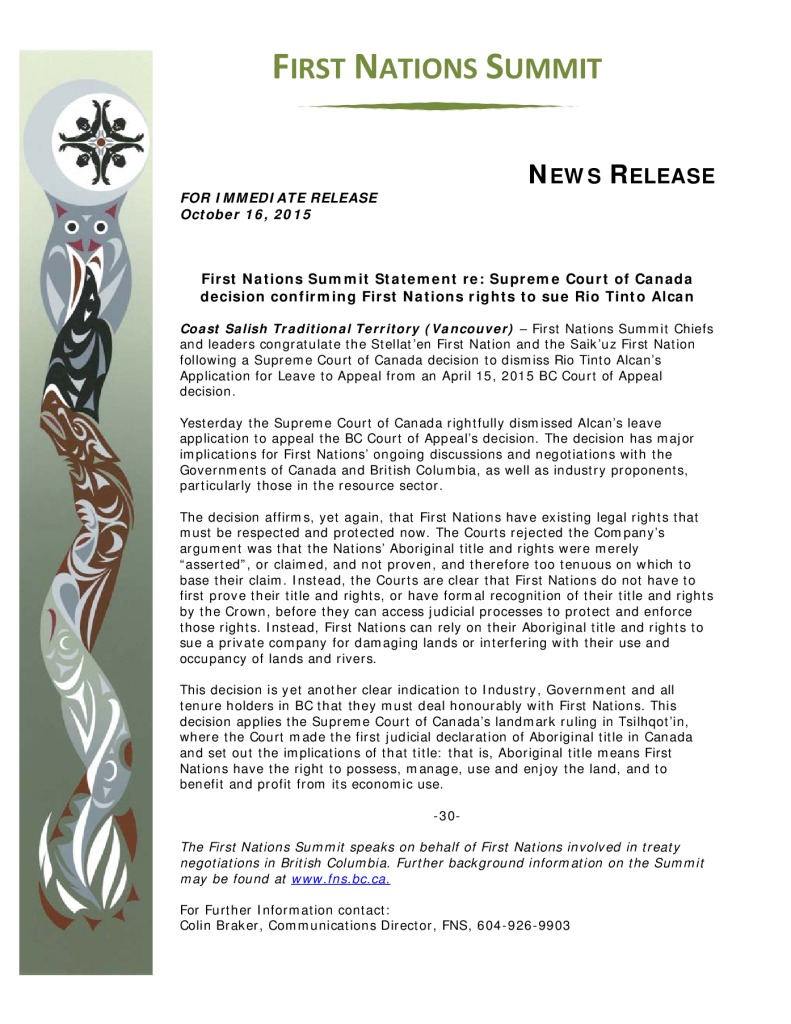 Yesterday the Supreme Court of Canada rightfully dismissed Alcan’s leave application to appeal the BC Court of Appeal’s decision. The decision has major implications for First Nations’ ongoing discussions and negotiations with the Governments of Canada and British Columbia, as well as industry proponents, particularly those in the resource sector.

The decision affirms, yet again, that First Nations have existing legal rights that must be respected and protected now. The Courts rejected the Company’s argument was that the Nations’ Aboriginal title and rights were merely “asserted”, or claimed, and not proven, and therefore too tenuous on which to base their claim. Instead, the Courts are clear that First Nations do not have to first prove their title and rights, or have formal recognition of their title and rights by the Crown, before they can access judicial processes to protect and enforce those rights. Instead, First Nations can rely on their Aboriginal title and rights to sue a private company for damaging lands or interfering with their use and occupancy of lands and rivers.