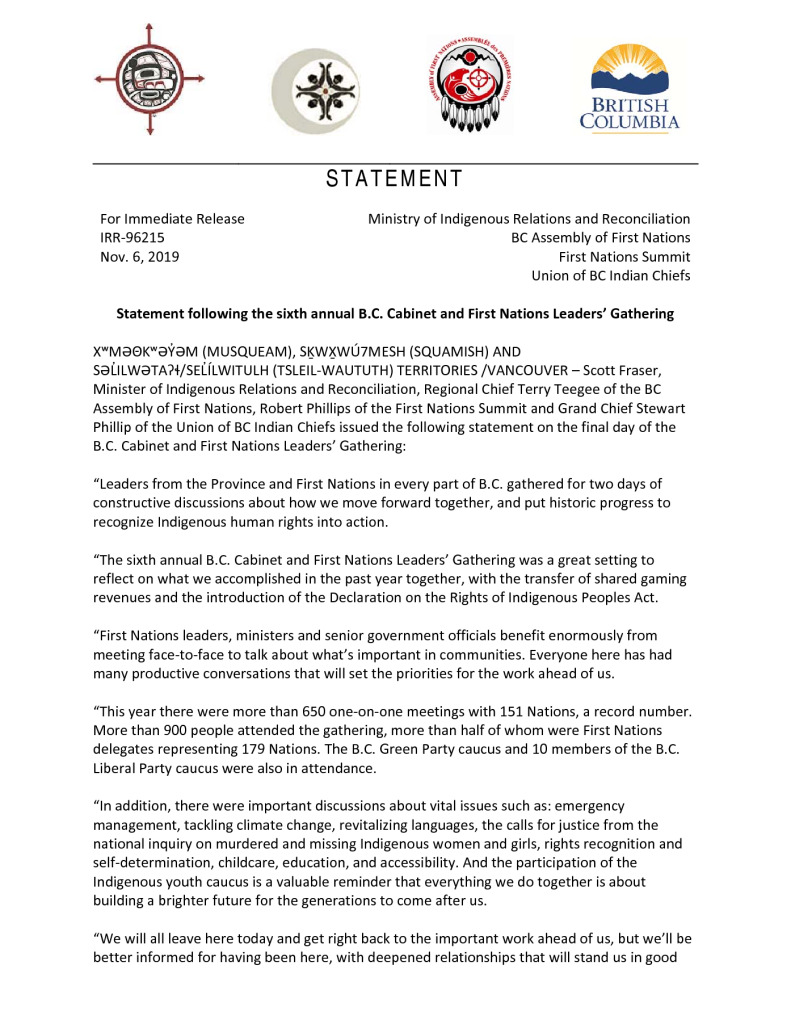 XʷMƏΘKʷƏY̓ƏM (MUSQUEAM), SḴWX̱WÚ7MESH (SQUAMISH) AND SƏL̓ILWƏTAʔɬ/SEL̓ÍLWITULH (TSLEIL-WAUTUTH) TERRITORIES /VANCOUVER – Scott Fraser, Minister of Indigenous Relations and Reconciliation, Regional Chief Terry Teegee of the BC Assembly of First Nations, Robert Phillips of the First Nations Summit and Grand Chief Stewart Phillip of the Union of BC Indian Chiefs issued the following statement on the final day of the B.C. Cabinet and First Nations Leaders’ Gathering:

“Leaders from the Province and First Nations in every part of B.C. gathered for two days of constructive discussions about how we move forward together, and put historic progress to recognize Indigenous human rights into action.

“The sixth annual B.C. Cabinet and First Nations Leaders’ Gathering was a great setting to reflect on what we accomplished in the past year together, with the transfer of shared gaming revenues and the introduction of the Declaration on the Rights of Indigenous Peoples Act.