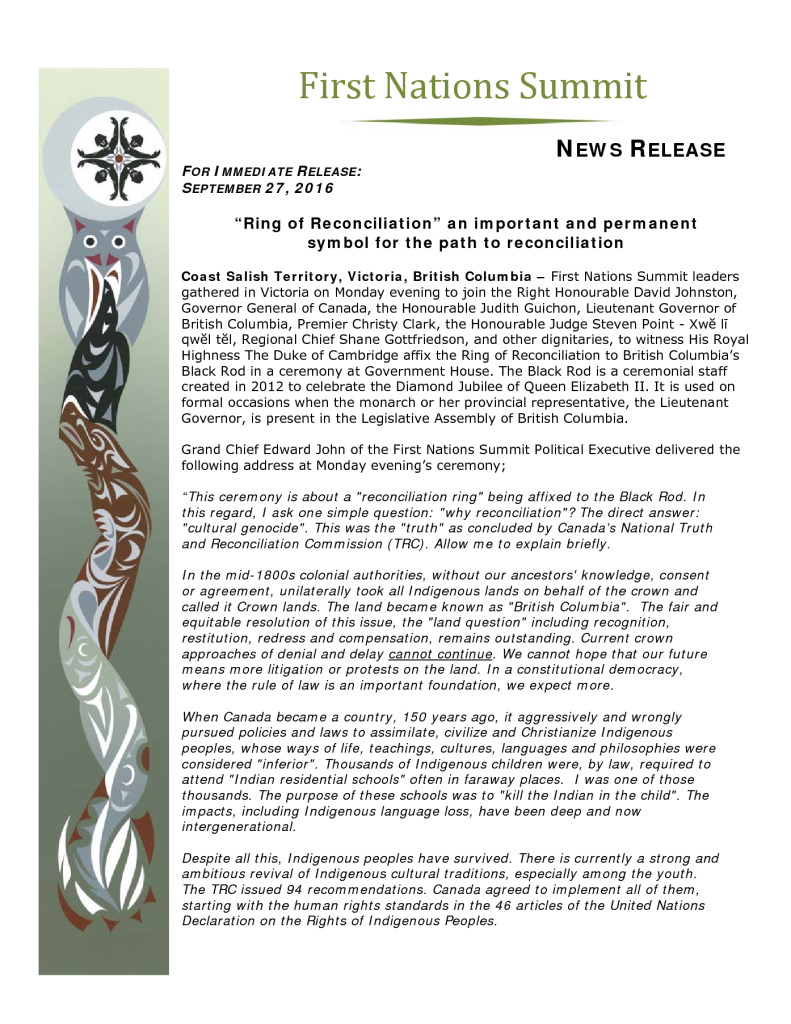 Coast Salish Territory, Victoria, British Columbia –First Nations Summit leaders gathered in Victoria on Monday evening to join the Right Honourable David Johnston, Governor General of Canada, the Honourable Judith Guichon, Lieutenant Governor of British Columbia, Premier Christy Clark, the Honourable Judge Steven Point – Xwĕlīqwĕl tĕl, Regional Chief Shane Gottfriedson, and other dignitaries, to witness His Royal Highness The Duke of Cambridge affix the Ring of Reconciliation to British Columbia’s Black Rod in a ceremony at Government House. The Black Rod is a ceremonial staff created in 2012 to celebrate the Diamond Jubilee of Queen Elizabeth II. It is used on formal occasions when the monarch or her provincial representative, the LieutenantGovernor, is present in the Legislative Assembly of British Columbia.

“This ceremony is about a “reconciliation ring” being affixed to the Black Rod. In this regard, I ask one simple question: “why reconciliation”? The direct answer: “cultural genocide”. This was the “truth” as concluded by Canada’s National Truth and Reconciliation Commission (TRC). Allow me to explain briefly.