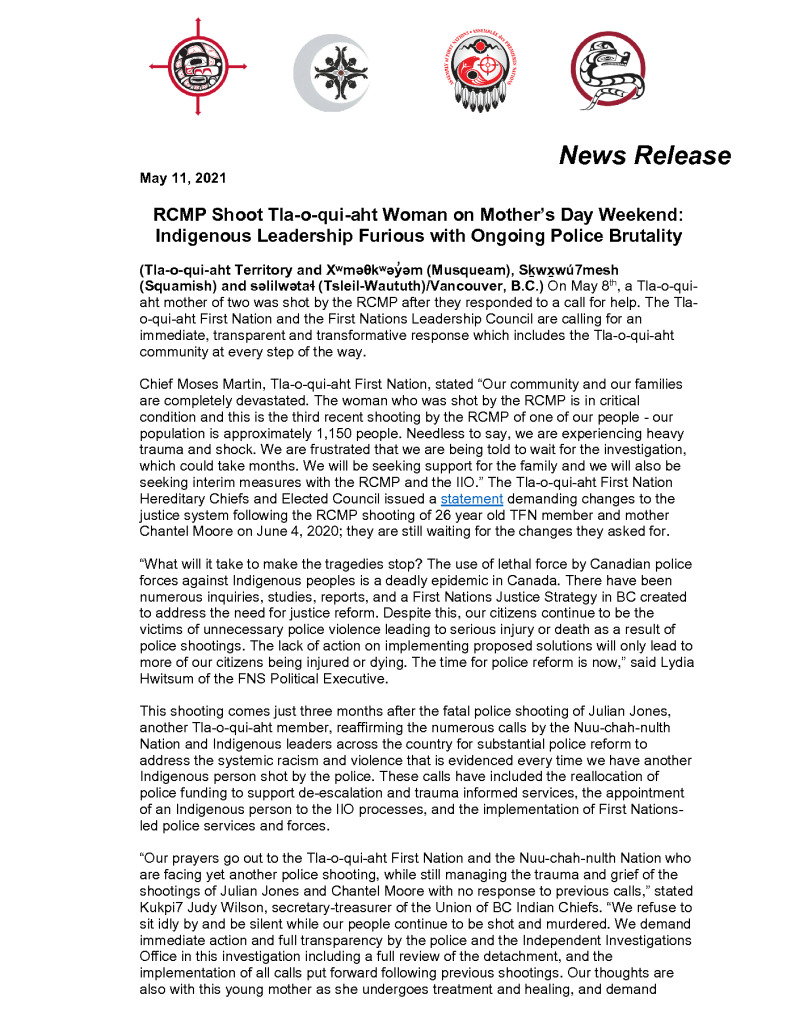 (Tla-o-qui-aht Territory and Xʷməθkʷəy̓əm (Musqueam), Sḵwx̱wú7mesh (Squamish) and səlilwətaɬ (Tsleil-Waututh)/Vancouver, B.C.) On May 8th, a Tla-o-qui-aht mother of two was shot by the RCMP after they responded to a call for help. The Tla-o-qui-aht First Nation and the First Nations Leadership Council are calling for an immediate, transparent and transformative response which includes the Tla-o-qui-aht community at every step of the way.

“What will it take to make the tragedies stop? The use of lethal force by Canadian police forces against Indigenous peoples is a deadly epidemic in Canada. There have been numerous inquiries, studies, reports, and a First Nations Justice Strategy in BC created to address the need for justice reform. Despite this, our citizens continue to be the victims of unnecessary police violence leading to serious injury or death as a result of police shootings. The lack of action on implementing proposed solutions will only lead to more of our citizens being injured or dying. The time for police reform is now,” said Lydia Hwitsum of the FNS Political Executive.