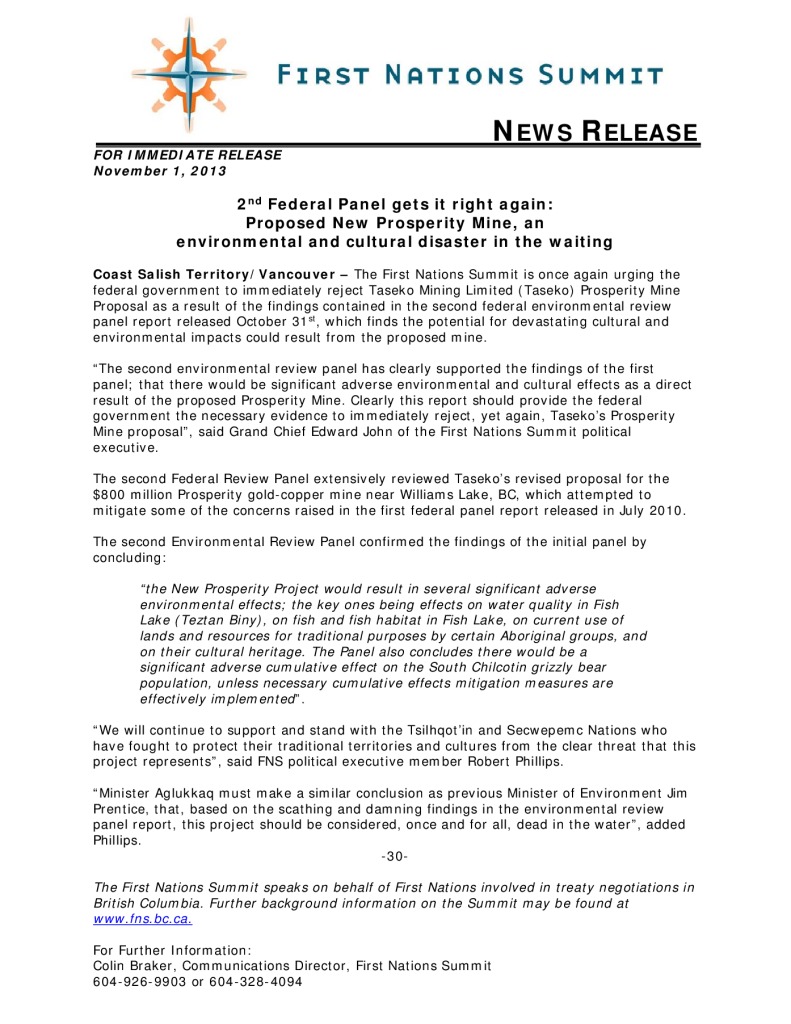 Proposed New Prosperity Mine, an environmental and cultural disaster in waiting

Coast Salish Territory/Vancouver – The First Nations Summit is once again urging the federal government to immediately reject Taseko Mining Limited (Taseko) Prosperity Mine Proposal as a result of the findings contained in the second federal environmental review panel report released October 31st, which finds the potential for devastating cultural and environmental impacts could result from the proposed mine.

“The second environmental review panel has clearly supported the findings of the first panel; that there would be significant adverse environmental and cultural effects as a direct result of the proposed Prosperity Mine. Clearly this report should provide the federal government the necessary evidence to immediately reject, yet again, Taseko’s Prosperity Mine proposal”, said Grand Chief Edward John of the First Nations Summit political executive.

The second Federal Review Panel extensively reviewed Taseko’s revised proposal for the $800 million Prosperity gold-copper mine near Williams Lake, BC, which attempted to mitigate some of the concerns raised in the first federal panel report released in July 2010.