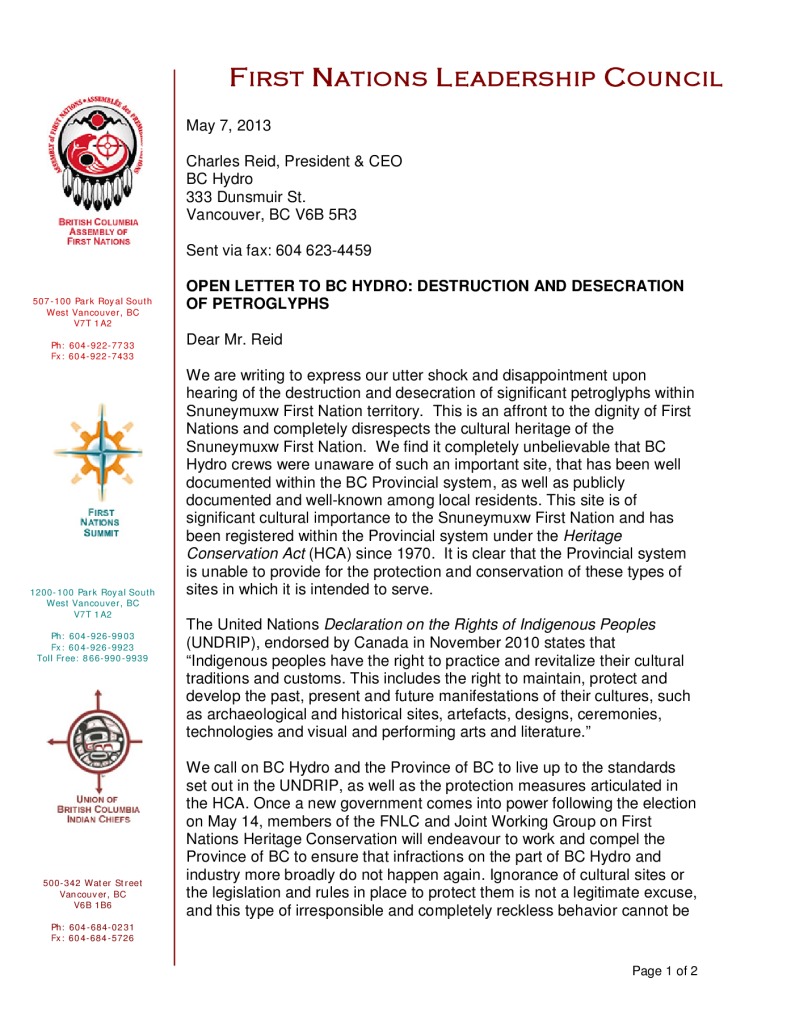 Open Letter to BC Hydro: Destruction and Desecration of Petroglyphs

We are writing to express our utter shock and disappointment upon hearing of the destruction and desecration of significant petroglyphs within Snuneymuxw First Nation territory. This is an affront to the dignity of First Nations and completely disrespects the cultural heritage of the Snuneymuxw First Nation. We find it completely unbelievable that BC Hydro crews were unaware of such an important site, that has been well documented within the BC Provincial system, as well as publicly documented and well-known among local residents. This site is of significant cultural importance to the Snuneymuxw First Nation and has been registered within the Provincial system under the Heritage Conservation Act (HCA) since 1970. It is clear that the Provincial system is unable to provide for the protection and conservation of these types of sites in which it is intended to serve.

The United Nations Declaration on the Rights of Indigenous Peoples (UNDRIP), endorsed by Canada in November 2010 states that “Indigenous peoples have the right to practice and revitalize their cultural traditions and customs. This includes the right to maintain, protect and develop the past, present and future manifestations of their cultures, such as archaeological and historical sites, artefacts, designs, ceremonies, technologies and visual and performing arts and literature.”