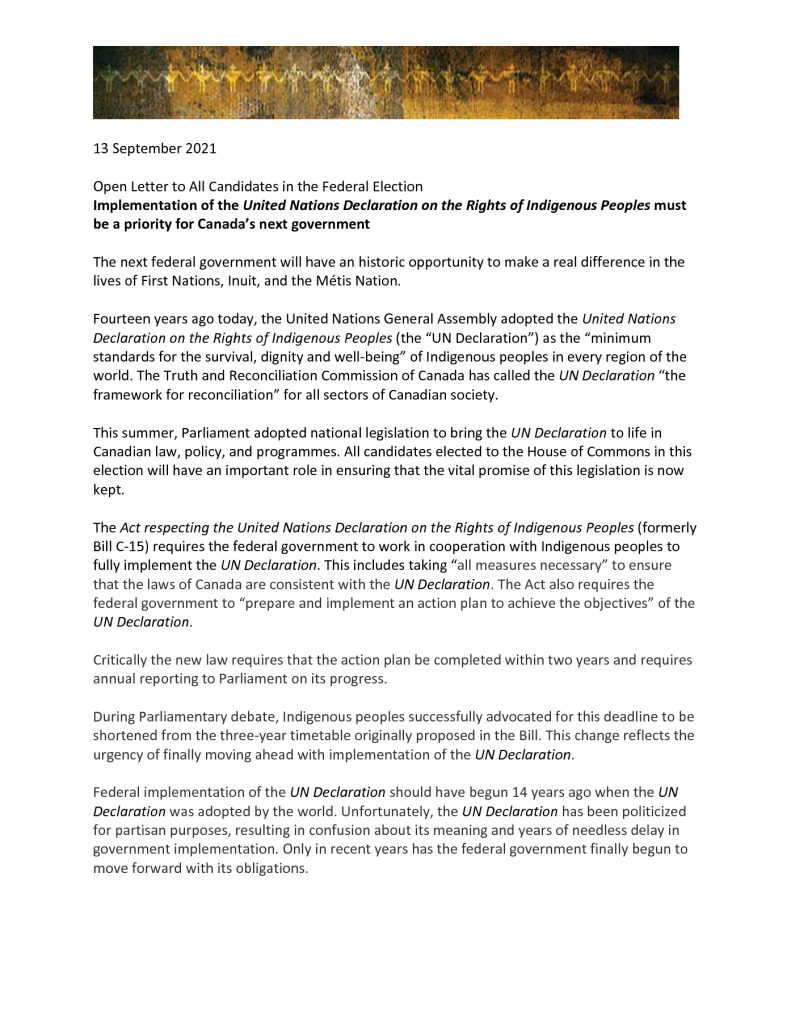 Open Letter to All Candidates in the Federal Election

The next federal government will have an historic opportunity to make a real difference in the
lives of First Nations, Inuit, and the Métis Nation.

Fourteen years ago today, the United Nations General Assembly adopted the United Nations
Declaration on the Rights of Indigenous Peoples (the “UN Declaration”) as the “minimum
standards for the survival, dignity and well-being” of Indigenous peoples in every region of the
world. The Truth and Reconciliation Commission of Canada has called the UN Declaration “the
framework for reconciliation” for all sectors of Canadian society.