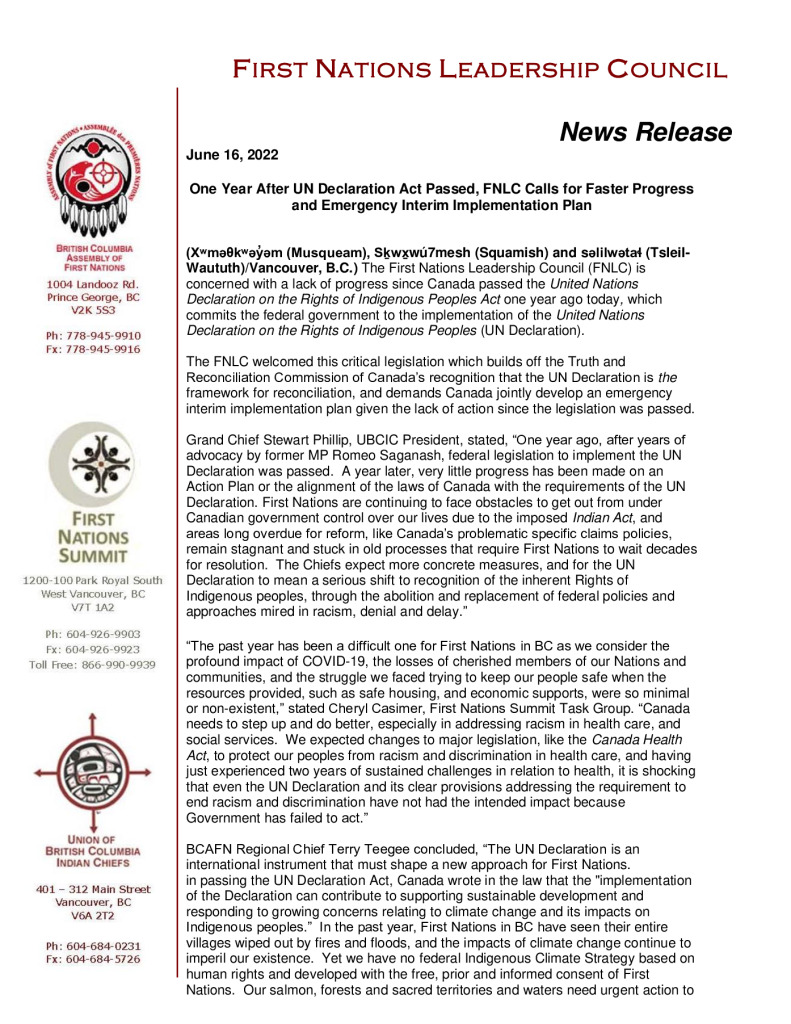 The FNLC welcomed this critical legislation which builds off the Truth and Reconciliation Commission of Canada’s recognition that the UN Declaration is the framework for reconciliation, and demands Canada jointly develop an emergency interim implementation plan given the lack of action since the legislation was passed.