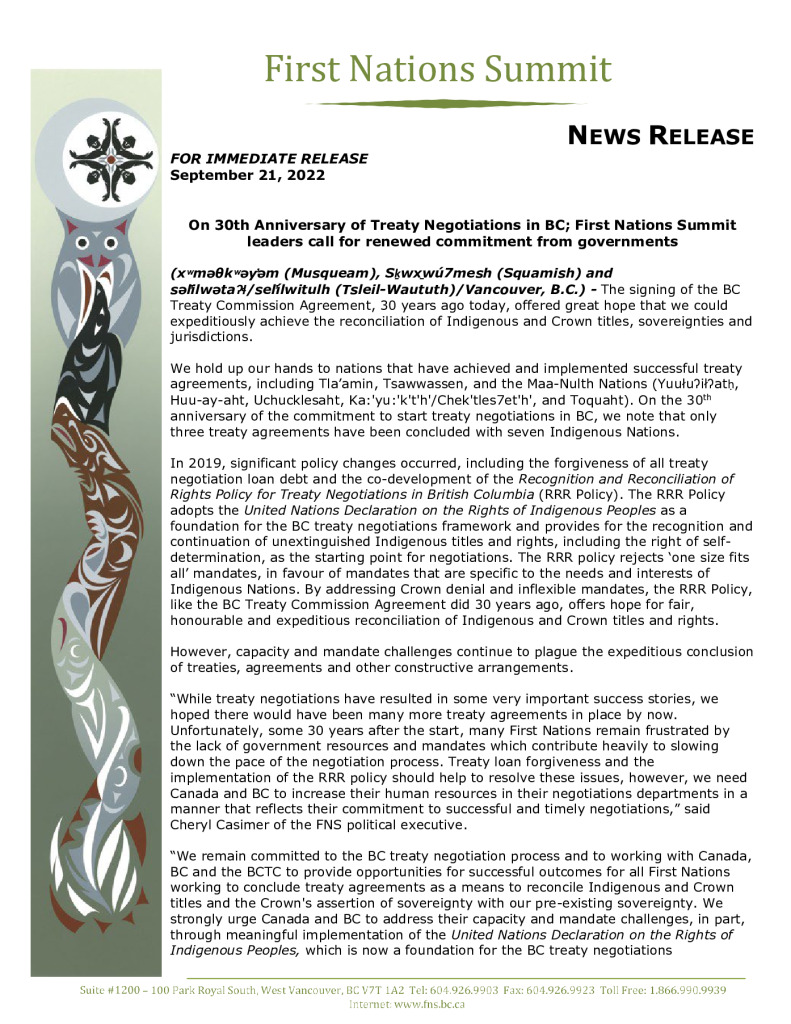 On 30th Anniversary of Treaty Negotiations in BC; First Nations Summit leaders call for renewed commitment from governments

(xʷməθkʷəy̓əm (Musqueam), Sḵwx̱wú7mesh (Squamish) and səl̓ilwətaʔɬ/sel̓ílwitulh (Tsleil-Waututh)/Vancouver, B.C.) – The signing of the BC Treaty Commission Agreement, 30 years ago today, offered great hope that we could expeditiously achieve the reconciliation of Indigenous and Crown titles, sovereignties and jurisdictions.

We hold up our hands to nations that have achieved and implemented successful treaty agreements, including Tla’amin, Tsawwassen, and the Maa-Nulth Nations (Yuułuʔiłʔatḥ, Huu-ay-aht, Uchucklesaht, Ka:’yu:’k’t’h’/Chek’tles7et’h’, and Toquaht). On the 30th anniversary of the commitment to start treaty negotiations in BC, we note that only three treaty agreements have been concluded with seven Indigenous Nations.