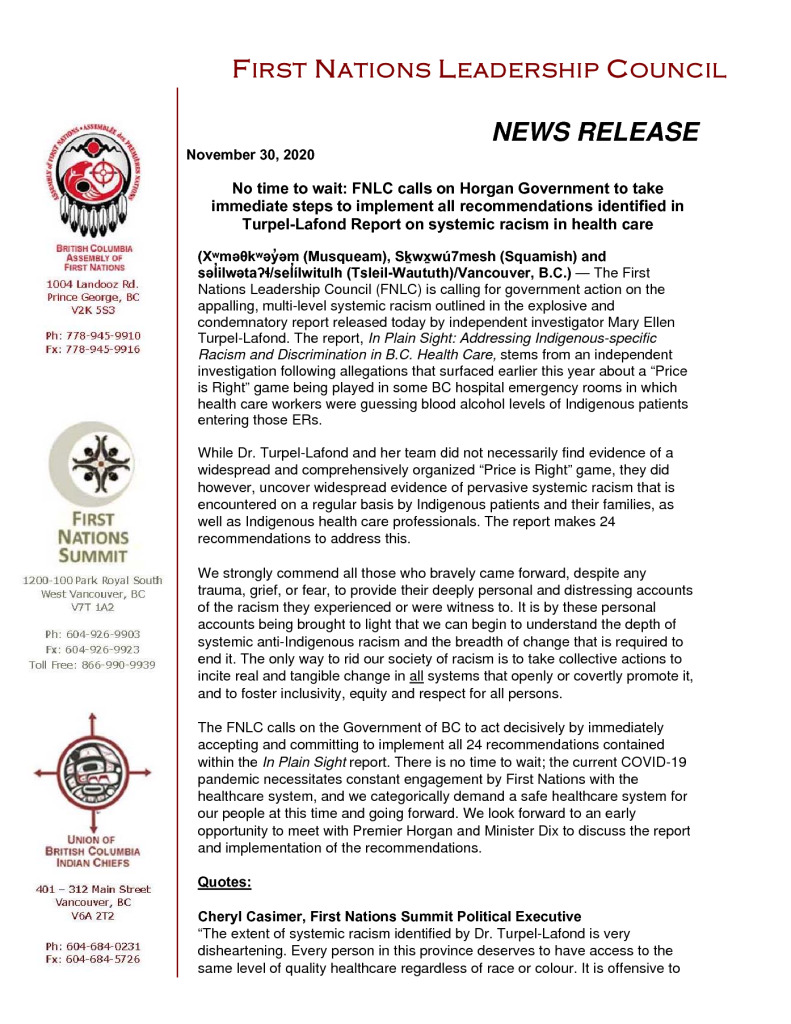 No time to wait: FNLC calls on Horgan Government to take immediate steps to implement all recommendations identified in Turpel-Lafond Report on systemic racism in health care

(Xʷməθkʷəy̓əm (Musqueam), Sḵwx̱wú7mesh (Squamish) and səl̓ilwətaʔɬ/sel̓ílwitulh (Tsleil-Waututh)/Vancouver, B.C.) — The First Nations Leadership Council (FNLC) is calling for government action on the appalling, multi-level systemic racism outlined in the explosive and condemnatory report released today by independent investigator Mary Ellen Turpel-Lafond. The report, In Plain Sight: Addressing Indigenous-specific Racism and Discrimination in B.C. Health Care, stems from an independent investigation following allegations that surfaced earlier this year about a “Price is Right” game being played in some BC hospital emergency rooms in which health care workers were guessing blood alcohol levels of Indigenous patients entering those ERs.

While Dr. Turpel-Lafond and her team did not necessarily find evidence of a widespread and comprehensively organized “Price is Right” game, they did however, uncover widespread evidence of pervasive systemic racism that is encountered on a regular basis by Indigenous patients and their families, as well as Indigenous health care professionals. The report makes 24 recommendations to address this.