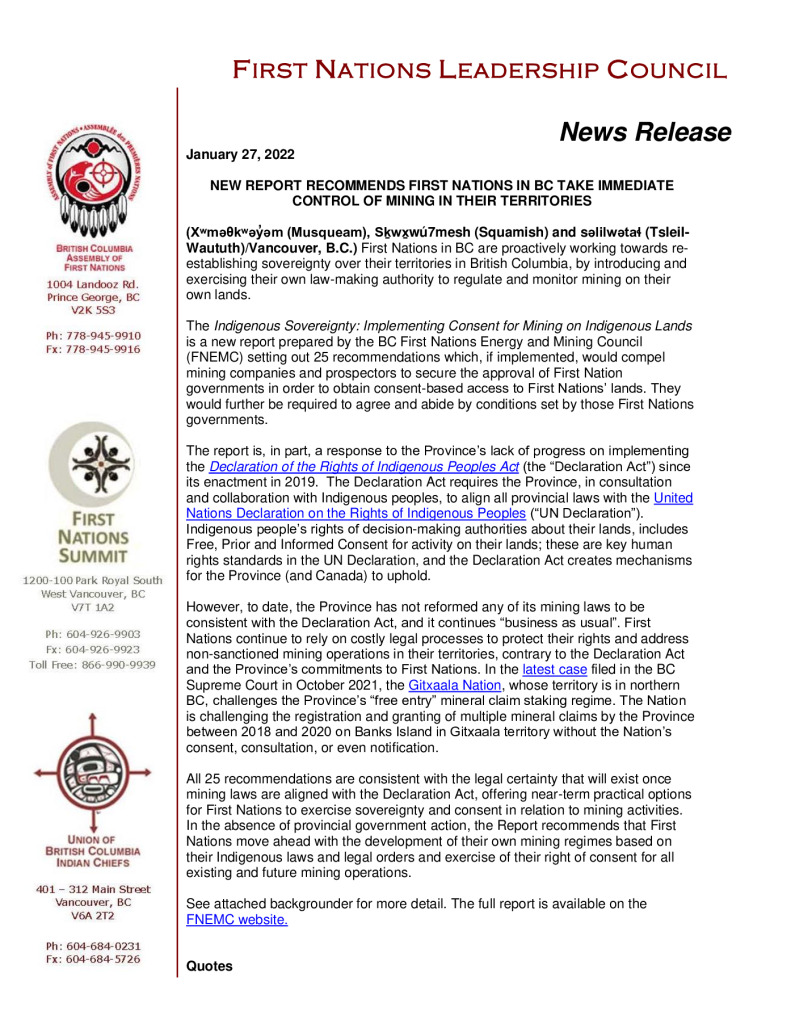 (Xʷməθkʷəy̓əm (Musqueam), Sḵwx̱wú7mesh (Squamish) and səlilwətaɬ (Tsleil-
Waututh)/Vancouver, B.C.) First Nations in BC are proactively working towards reestablishing
sovereignty over their territories in British Columbia, by introducing and
exercising their own law-making authority to regulate and monitor mining on their
own lands.

The Indigenous Sovereignty: Implementing Consent for Mining on Indigenous Lands
is a new report prepared by the BC First Nations Energy and Mining Council
(FNEMC) setting out 25 recommendations which, if implemented, would compel
mining companies and prospectors to secure the approval of First Nation
governments in order to obtain consent-based access to First Nations’ lands. They
would further be required to agree and abide by conditions set by those First Nations
governments.