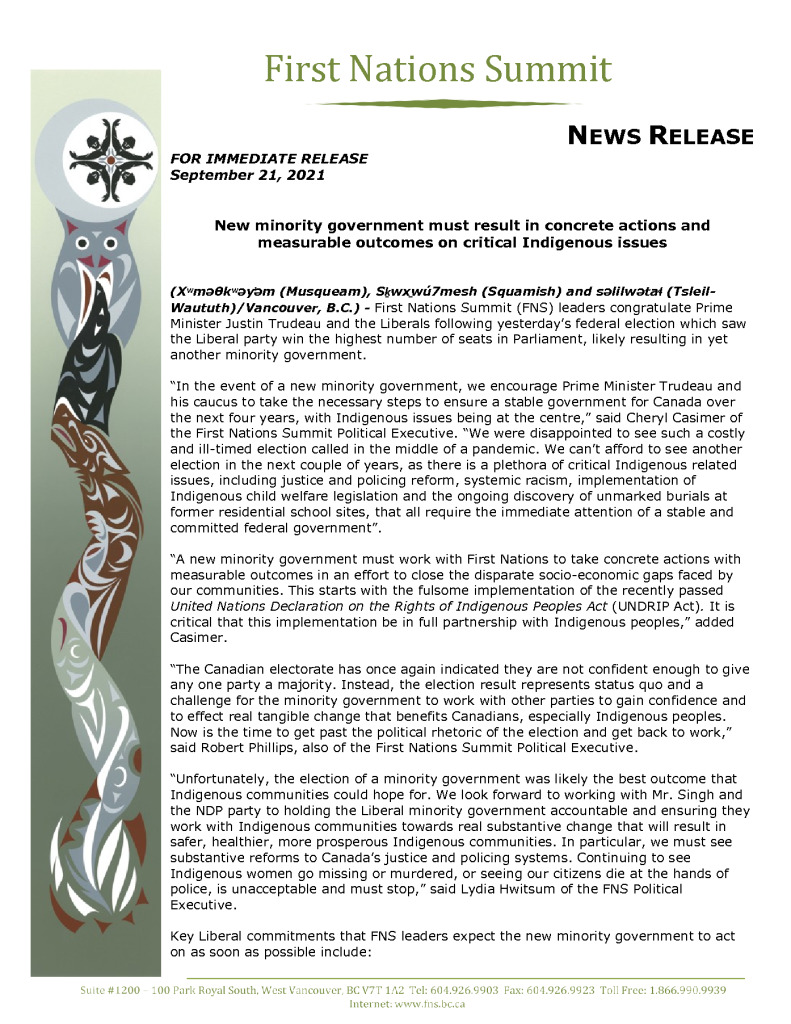 “In the event of a new minority government, we encourage Prime Minister Trudeau and his caucus to take the necessary steps to ensure a stable government for Canada over the next four years, with Indigenous issues being at the centre,” said Cheryl Casimer of the First Nations Summit Political Executive. “We were disappointed to see such a costly and ill-timed election called in the middle of a pandemic. We can’t afford to see another election in the next couple of years, as there is a plethora of critical Indigenous related issues, including justice and policing reform, systemic racism, implementation of Indigenous child welfare legislation and the ongoing discovery of unmarked burials at former residential school sites, that all require the immediate attention of a stable and committed federal government”.