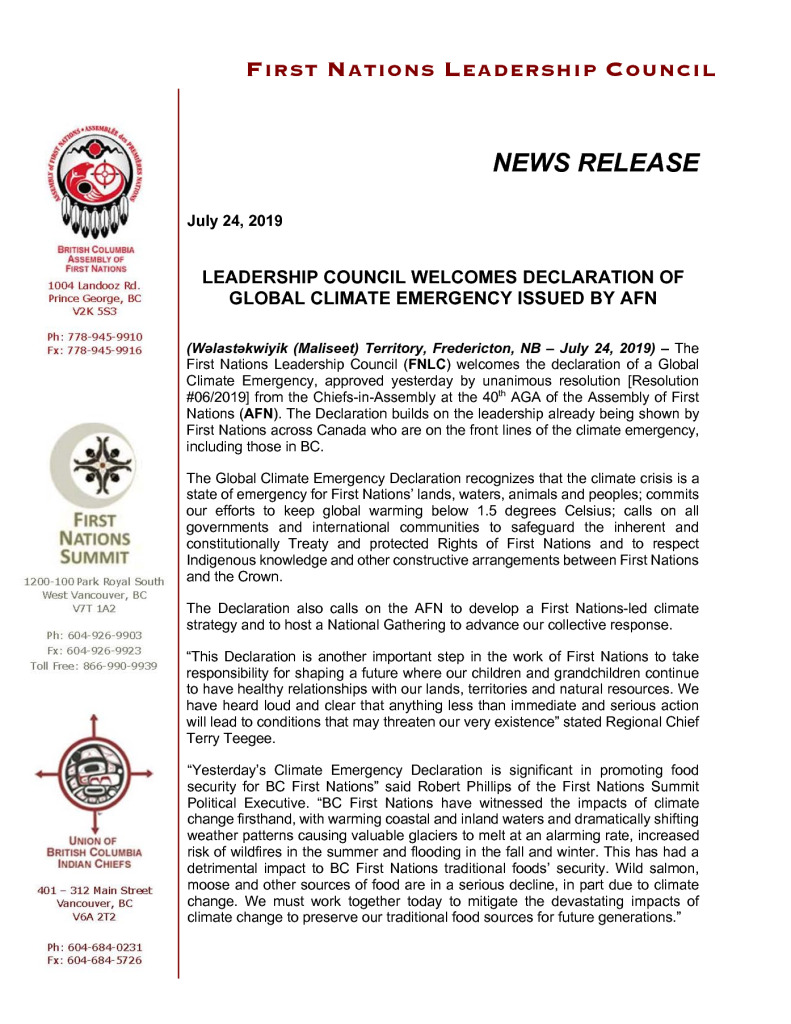 July 24, 2019 – (Wəlastəkwiyik (Maliseet) Territory, Fredericton, NB – July 24, 2019) – The First Nations Leadership Council (FNLC) welcomes the declaration of a Global Climate Emergency, approved yesterday by unanimous resolution [Resolution #06/2019] from the Chiefs-in-Assembly at the 40th AGA of the Assembly of First Nations (AFN). The Declaration builds on the leadership already being shown by First Nations across Canada who are on the front lines of the climate emergency, including those in BC.

The Global Climate Emergency Declaration recognizes that the climate crisis is a state of emergency for First Nations’ lands, waters, animals and peoples; commits our efforts to keep global warming below 1.5 degrees Celsius; calls on all governments and international communities to safeguard the inherent and
constitutionally Treaty and protected Rights of First Nations and to respect Indigenous knowledge and other constructive arrangements between First Nations and the Crown.

The Declaration also calls on the AFN to develop a First Nations-led climate strategy and to host a National Gathering to advance our collective response.