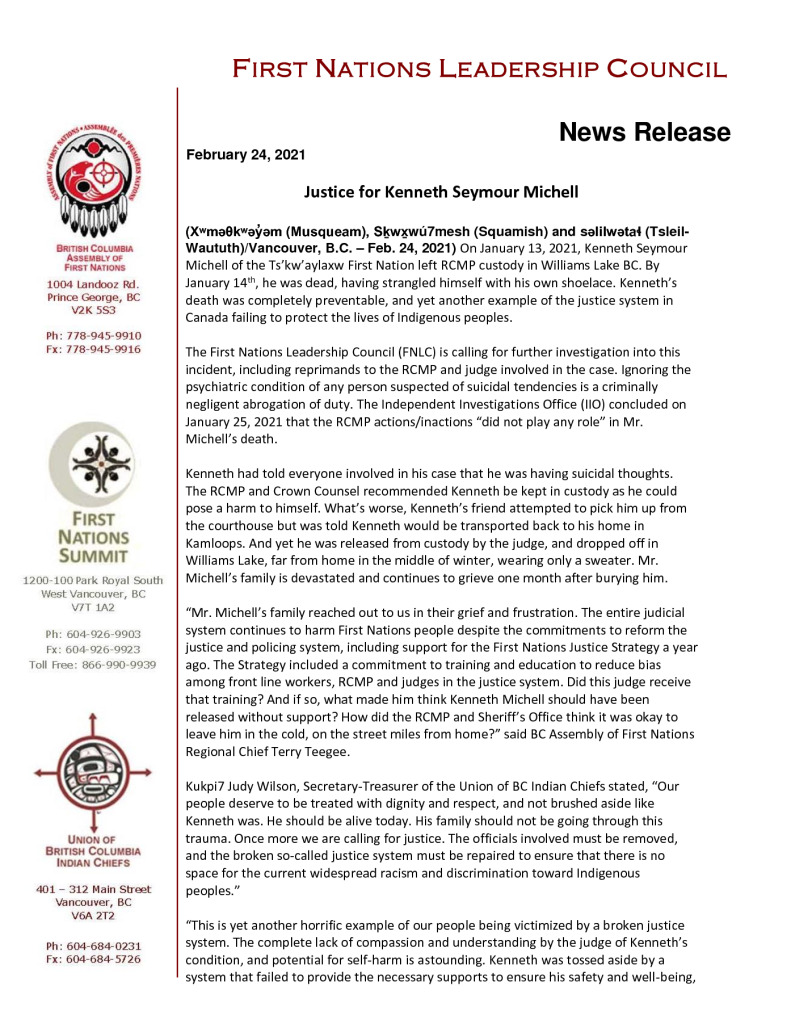 (Xʷməθkʷəy̓əm (Musqueam), Sḵwx̱wú7mesh (Squamish) and səlilwətaɬ (Tsleil-Waututh)/Vancouver, B.C. – Feb. 24, 2021) On January 13, 2021, Kenneth Seymour Michell of the Ts’kw’aylaxw First Nation left RCMP custody in Williams Lake BC. By January 14th, he was dead, having strangled himself with his own shoelace. Kenneth’s death was completely preventable, and yet another example of the justice system in Canada failing to protect the lives of Indigenous peoples.

The First Nations Leadership Council (FNLC) is calling for further investigation into this incident, including reprimands to the RCMP and judge involved in the case. Ignoring the psychiatric condition of any person suspected of suicidal tendencies is a criminally negligent abrogation of duty. The Independent Investigations Office (IIO) concluded on January 25, 2021 that the RCMP actions/inactions “did not play any role” in Mr. Michell’s death.