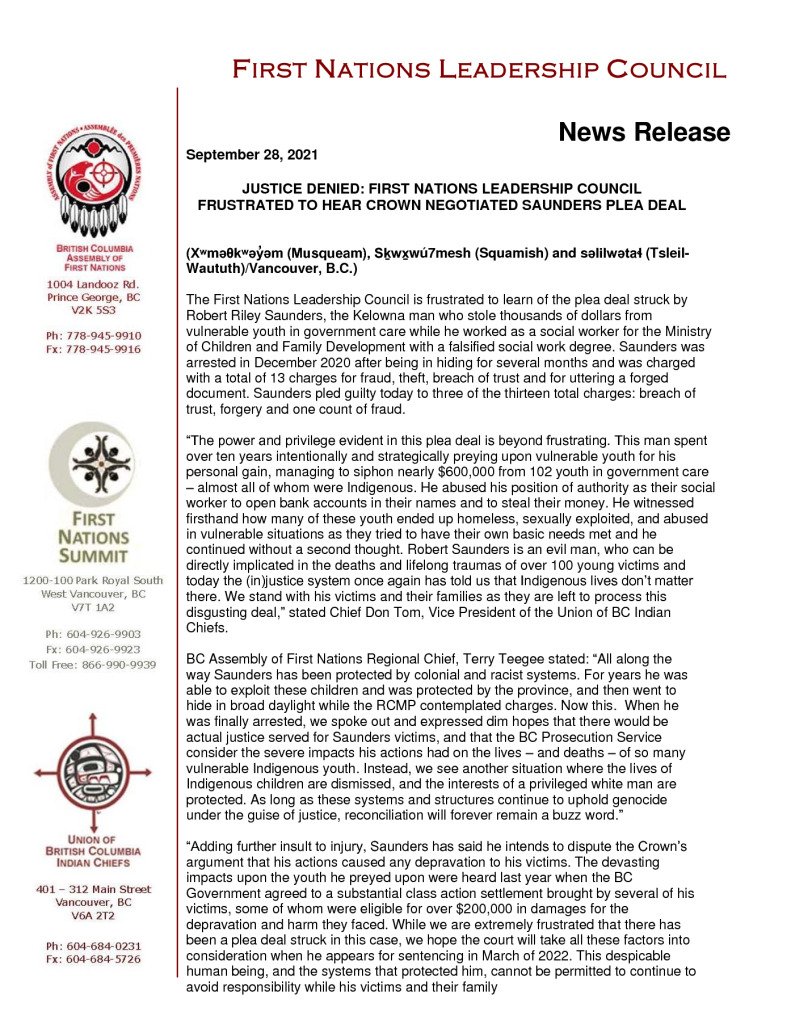 (Xʷməθkʷəy̓əm (Musqueam), Sḵwx̱wú7mesh (Squamish) and səlilwətaɬ (Tsleil-Waututh)/Vancouver, B.C.) – The First Nations Leadership Council is frustrated to learn of the plea deal struck by Robert Riley Saunders, the Kelowna man who stole thousands of dollars from vulnerable youth in government care while he worked as a social worker for the Ministry of Children and Family Development with a falsified social work degree. Saunders was arrested in December 2020 after being in hiding for several months and was charged with a total of 13 charges for fraud, theft, breach of trust and for uttering a forged document. Saunders pled guilty today to three of the thirteen total charges: breach of trust, forgery and one count of fraud.