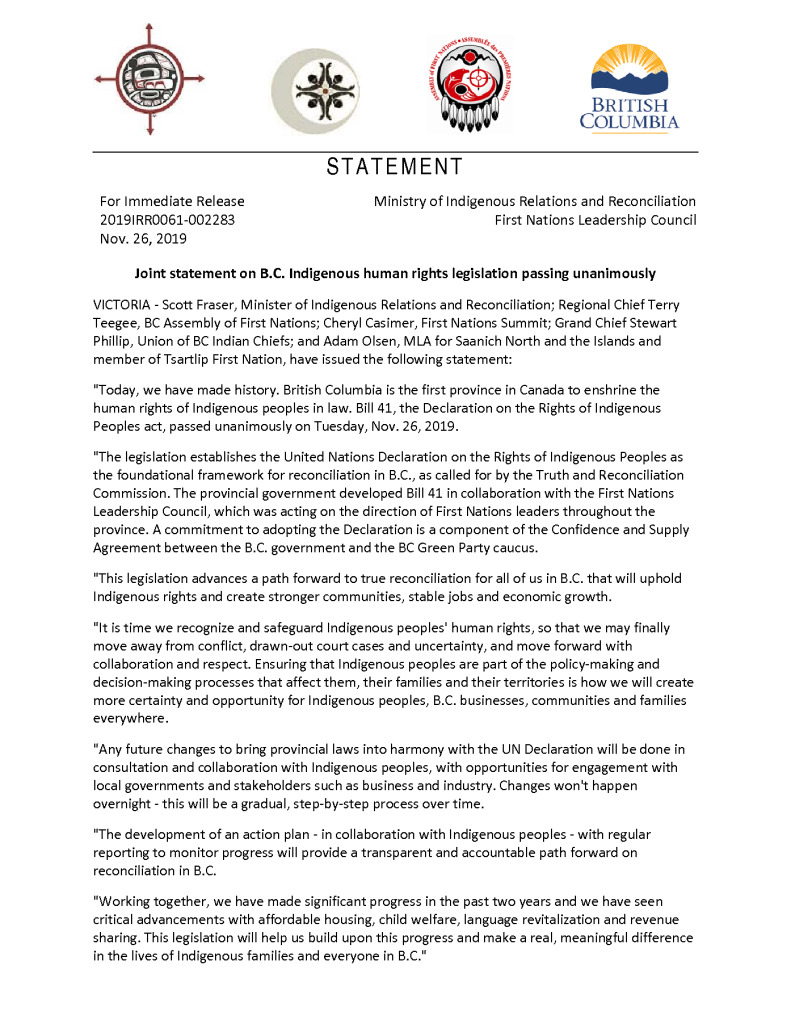 “Today, we have made history. British Columbia is the first province in Canada to enshrine the human rights of Indigenous peoples in law. Bill 41, the Declaration on the Rights of Indigenous Peoples act, passed unanimously on Tuesday, Nov. 26, 2019.

“The legislation establishes the United Nations Declaration on the Rights of Indigenous Peoples as the foundational framework for reconciliation in B.C., as called for by the Truth and Reconciliation Commission. The provincial government developed Bill 41 in collaboration with the First Nations Leadership Council, which was acting on the direction of First Nations leaders throughout the province. A commitment to adopting the Declaration is a component of the Confidence and Supply Agreement between the B.C. government and the BC Green Party caucus.