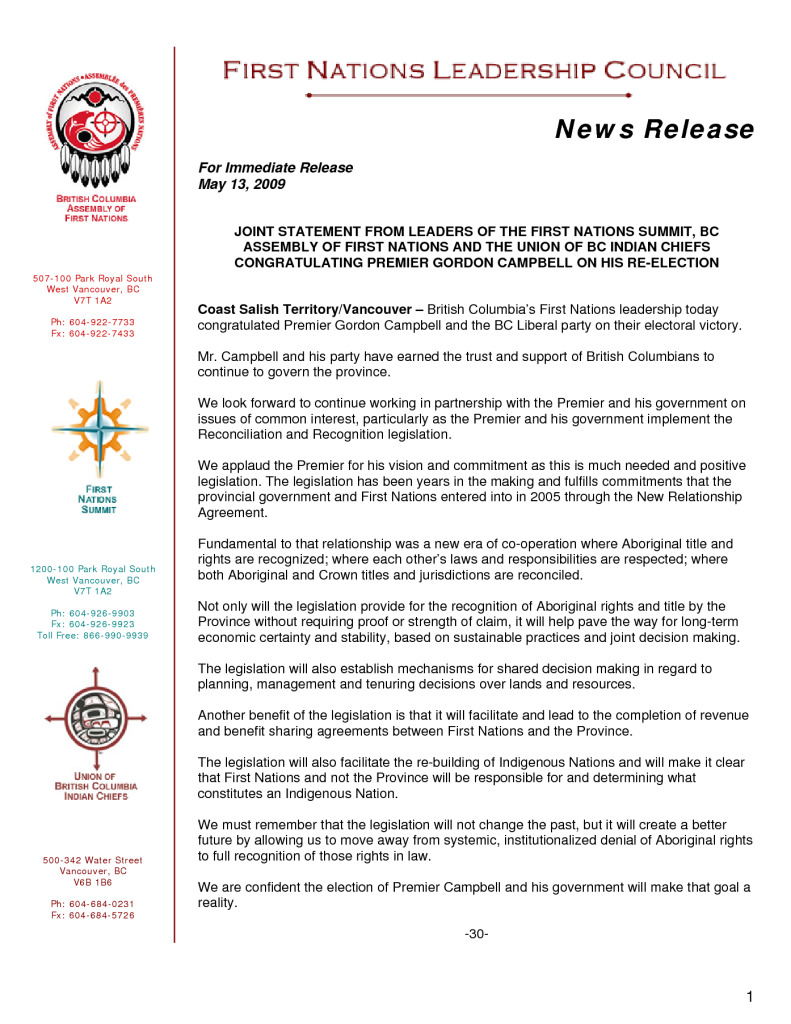 Joint Statement From FNLC Congratulating Premier Campbell On His Re-Election

Mr. Campbell and his party have earned the trust and support of British Columbians to continue to govern the province.