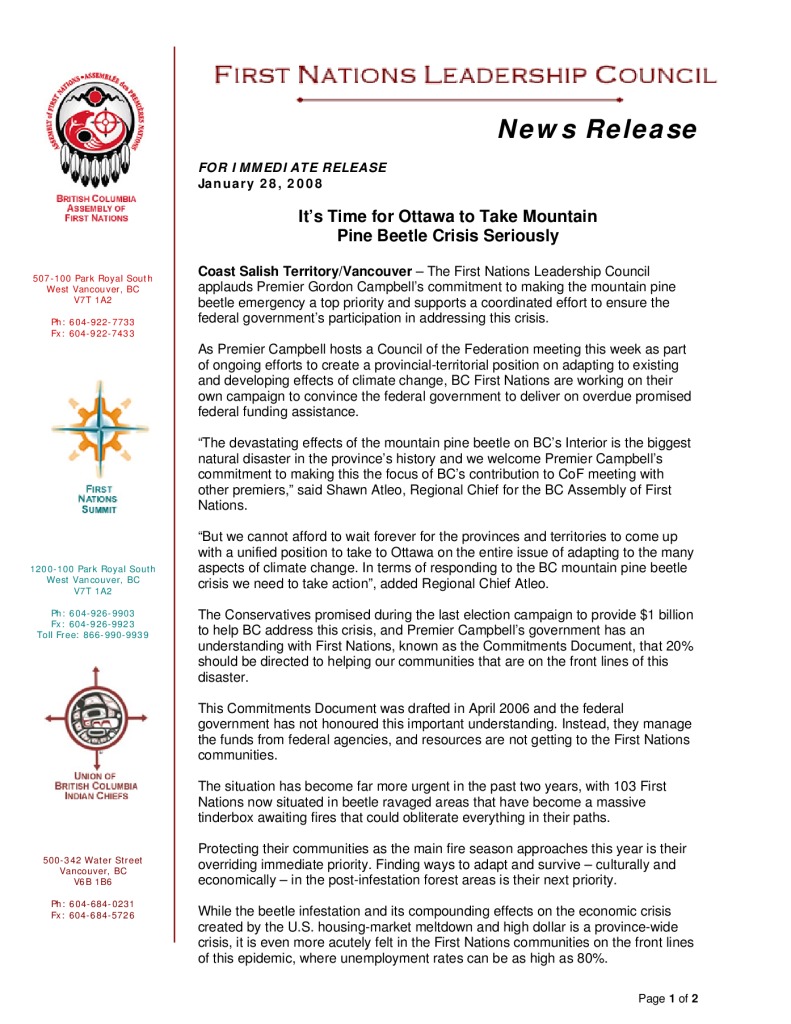 As Premier Campbell hosts a Council of the Federation meeting this week as part of ongoing efforts to create a provincial-territorial position on adapting to existing and developing effects of climate change, BC First Nations are working on their own campaign to convince the federal government to deliver on overdue promised federal funding assistance.

“The devastating effects of the mountain pine beetle on BC’s Interior is the biggest natural disaster in the province’s history and we welcome Premier Campbell’s commitment to making this the focus of BC’s contribution to CoF meeting with other premiers,” said Shawn Atleo, Regional Chief for the BC Assembly of First Nations.