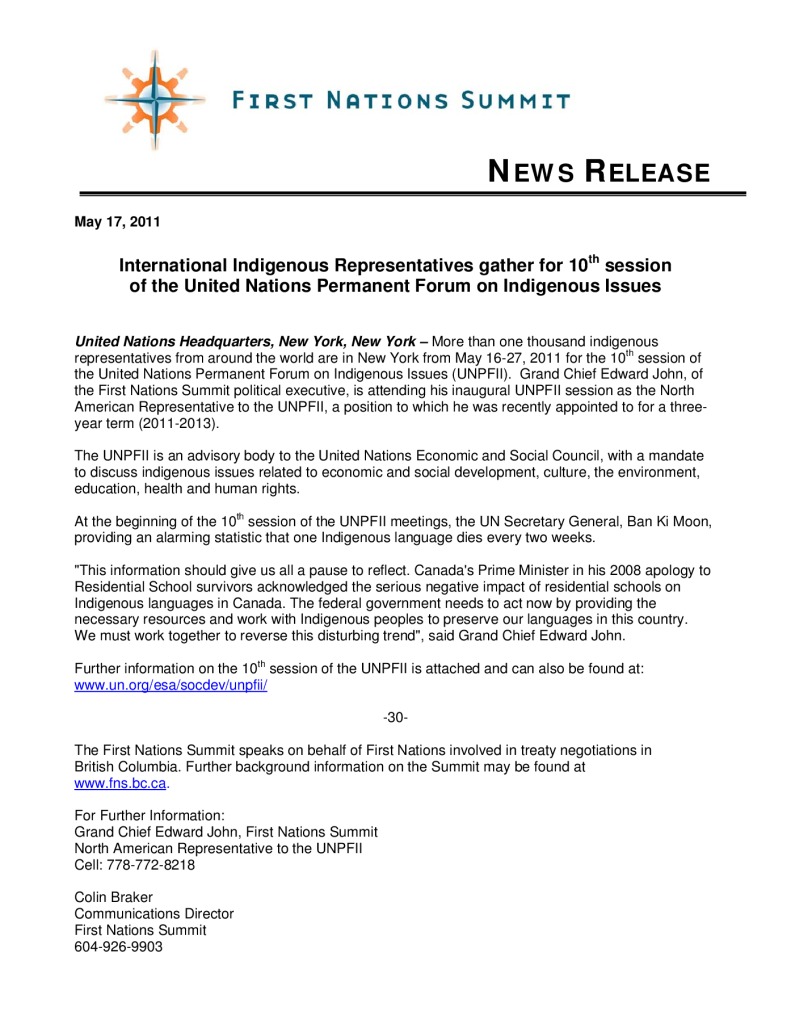 International Indigenous Representatives gather for 10th session of the UNPFII

United Nations Headquarters, New York, New York – More than one thousand indigenous representatives from around the world are in New York from May 16-27, 2011 for the 10th session of the United Nations Permanent Forum on Indigenous Issues (UNPFII). Grand Chief Edward John, of the First Nations Summit political executive, is attending his inaugural UNPFII session as the North American Representative to the UNPFII, a position to which he was recently appointed to for a three- year term (2011-2013).

The UNPFII is an advisory body to the United Nations Economic and Social Council, with a mandate to discuss indigenous issues related to economic and social development, culture, the environment, education, health and human rights.

At the beginning of the 10th session of the UNPFII meetings, the UN Secretary General, Ban Ki Moon, providing an alarming statistic that one Indigenous language dies every two weeks.

“This information should give us all a pause to reflect. Canada’s Prime Minister in his 2008 apology to Residential School survivors acknowledged the serious negative impact of residential schools on Indigenous languages in Canada. The federal government needs to act now by providing the necessary resources and work with Indigenous peoples to preserve our languages in this country. We must work together to reverse this disturbing trend”, said Grand Chief Edward John.