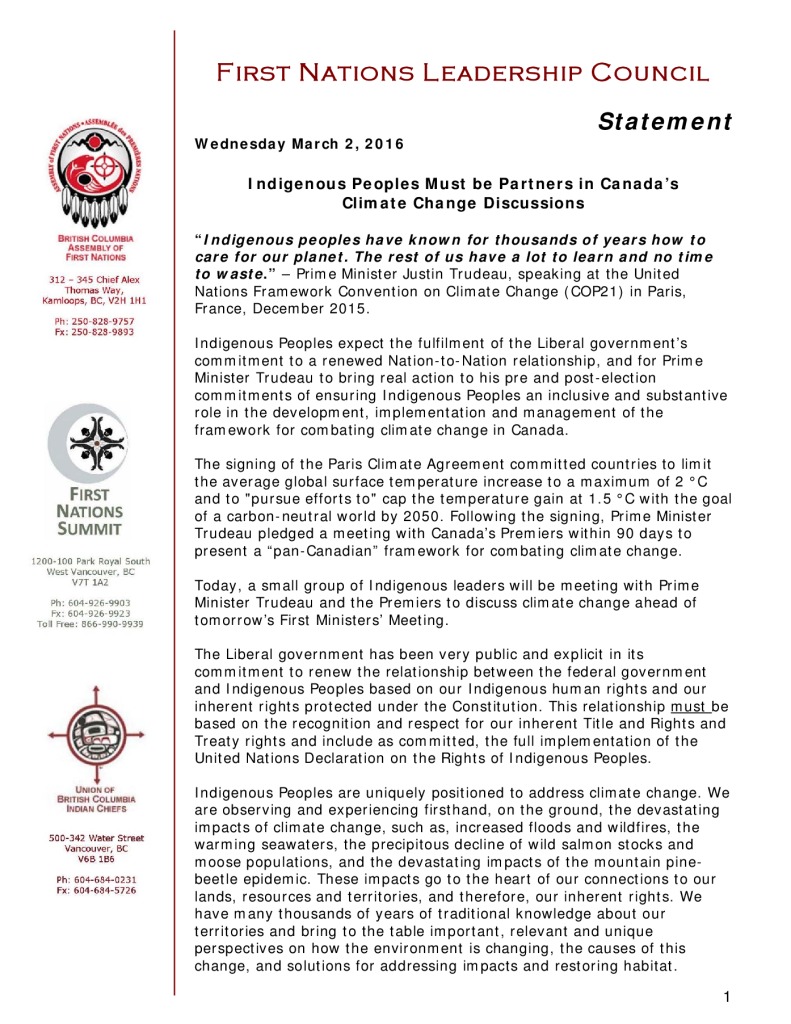 Indigenous Peoples Must be Partners in Canada’s Climate Change Discussions

“Indigenous peoples have known for thousands of years how to care for our planet. The rest of us have a lot to learn and no time to waste.” – Prime Minister Justin Trudeau, speaking at the United Nations Framework Convention on Climate Change (COP21) in Paris, France, December 2015.

Indigenous Peoples expect the fulfilment of the Liberal government’s commitment to a renewed Nation-to-Nation relationship, and for Prime Minister Trudeau to bring real action to his pre and post-election commitments of ensuring Indigenous Peoples an inclusive and substantive role in the development, implementation and management of the framework for combating climate change in Canada.

The signing of the Paris Climate Agreement committed countries to limit the average global surface temperature increase to a maximum of 2 °C and to “pursue efforts to” cap the temperature gain at 1.5 °C with the goal of a carbon-neutral world by 2050. Following the signing, Prime Minister Trudeau pledged a meeting with Canada’s Premiers within 90 days to present a “pan-Canadian” framework for combating climate change.