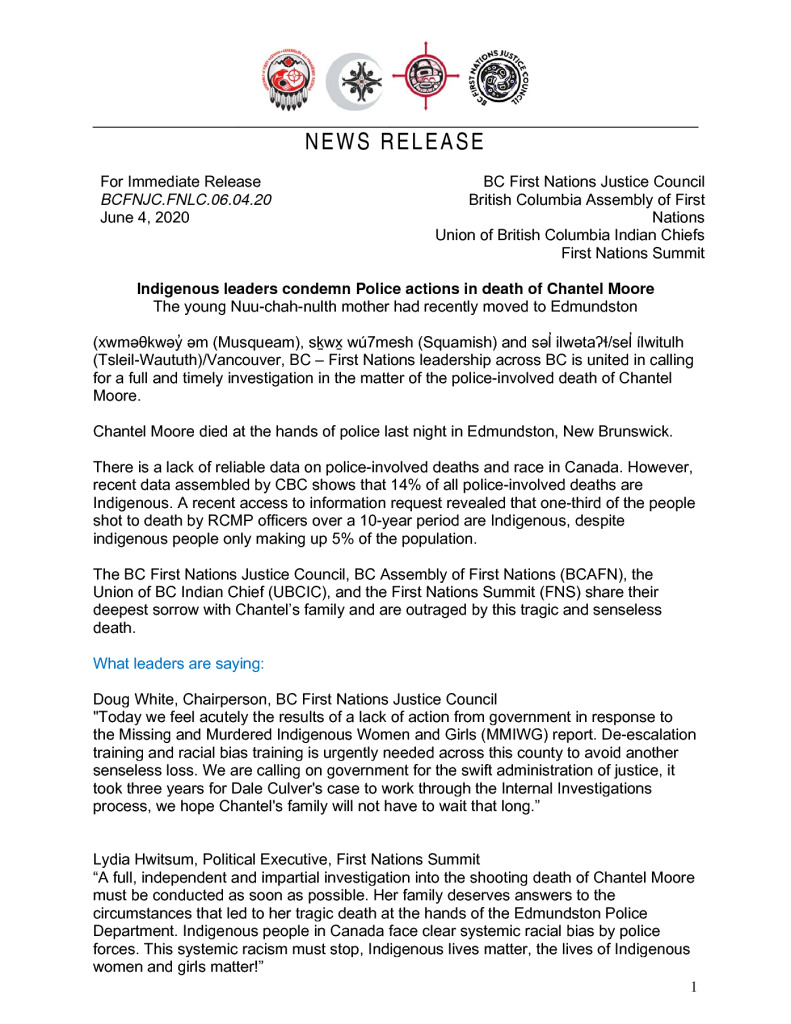 (xwməθkwəy̓ əm (Musqueam), sḵwx̱ wú7mesh (Squamish) and səl̓ ilwətaʔɬ/sel̓ ílwitulh (Tsleil-Waututh)/Vancouver, BC – First Nations leadership across BC is united in calling for a full and timely investigation in the matter of the police-involved death of Chantel Moore.

There is a lack of reliable data on police-involved deaths and race in Canada. However, recent data assembled by CBC shows that 14% of all police-involved deaths are Indigenous. A recent access to information request revealed that one-third of the people shot to death by RCMP officers over a 10-year period are Indigenous, despite indigenous people only making up 5% of the population.

The BC First Nations Justice Council, BC Assembly of First Nations (BCAFN), the Union of BC Indian Chief (UBCIC), and the First Nations Summit (FNS) share their deepest sorrow with Chantel’s family and are outraged by this tragic and senseless death.