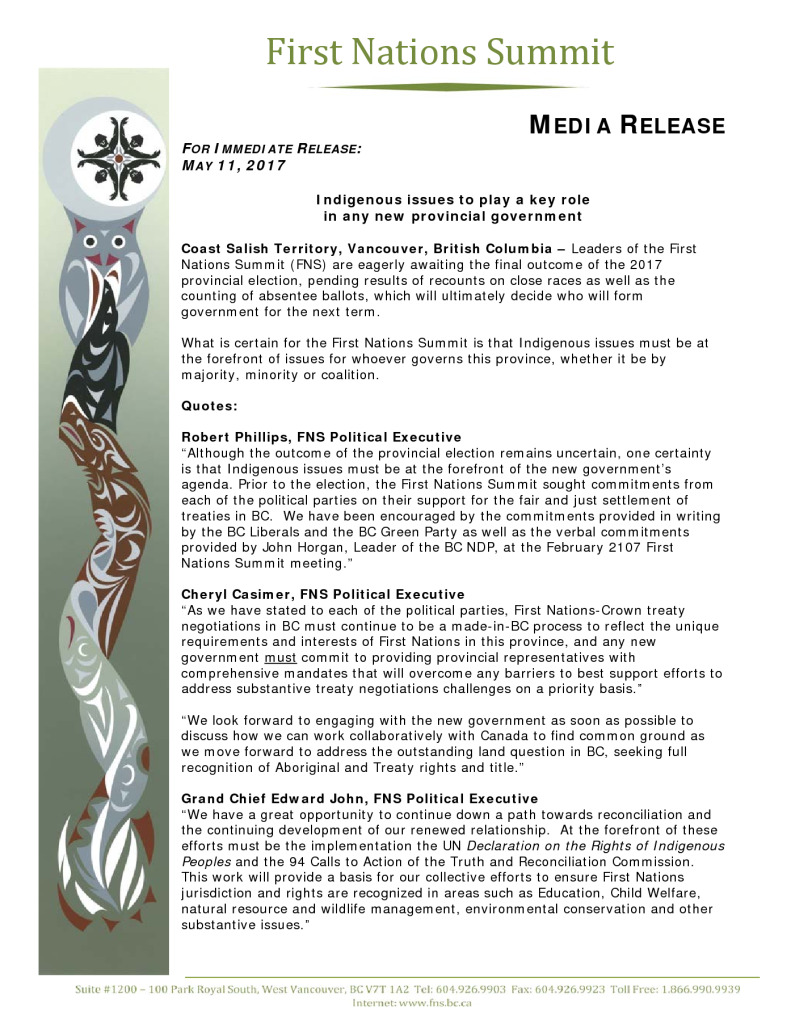 Coast Salish Territory, Vancouver, British Columbia – Leaders of the First Nations Summit (FNS) are eagerly awaiting the final outcome of the 2017 provincial election, pending results of recounts on close races as well as the counting of absentee ballots, which will ultimately decide who will form government for the next term.
What is certain for the First Nations Summit is that Indigenous issues must be at the forefront of issues for whoever governs this province, whether it be by majority, minority or coalition.
Quotes:

Robert Phillips, FNS Political Executive
“Although the outcome of the provincial election remains uncertain, one certainty is that Indigenous issues must be at the forefront of the new government’s agenda. Prior to the election, the First Nations Summit sought commitments from each of the political parties on their support for the fair and just settlement of treaties in BC. We have been encouraged by the commitments provided in writing by the BC Liberals and the BC Green Party as well as the verbal commitments provided by John Horgan, Leader of the BC NDP, at the February 2107 First Nations Summit meeting.”