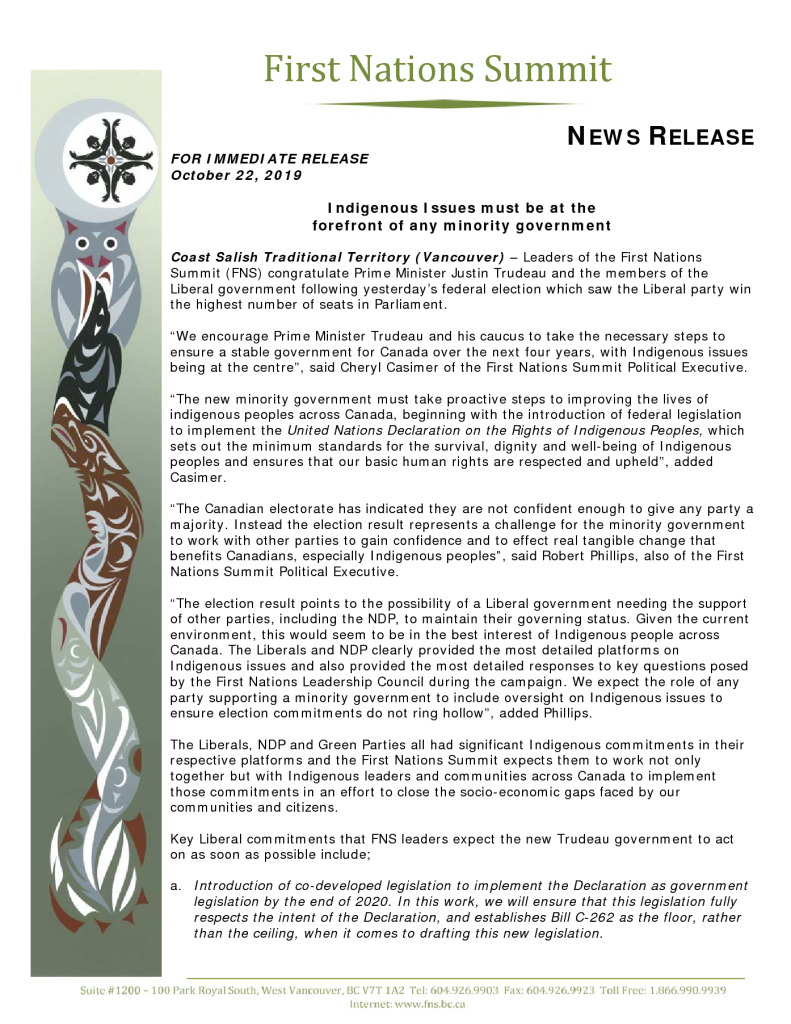 Indigenous Issues must be at the forefront of any minority government

“We encourage Prime Minister Trudeau and his caucus to take the necessary steps to ensure a stable government for Canada over the next four years, with Indigenous issues being at the centre”, said Cheryl Casimer of the First Nations Summit Political Executive.

“The new minority government must take proactive steps to improving the lives of indigenous peoples across Canada, beginning with the introduction of federal legislation to implement the United Nations Declaration on the Rights of Indigenous Peoples, which sets out the minimum standards for the survival, dignity and well-being of Indigenous peoples and ensures that our basic human rights are respected and upheld”, added Casimer.