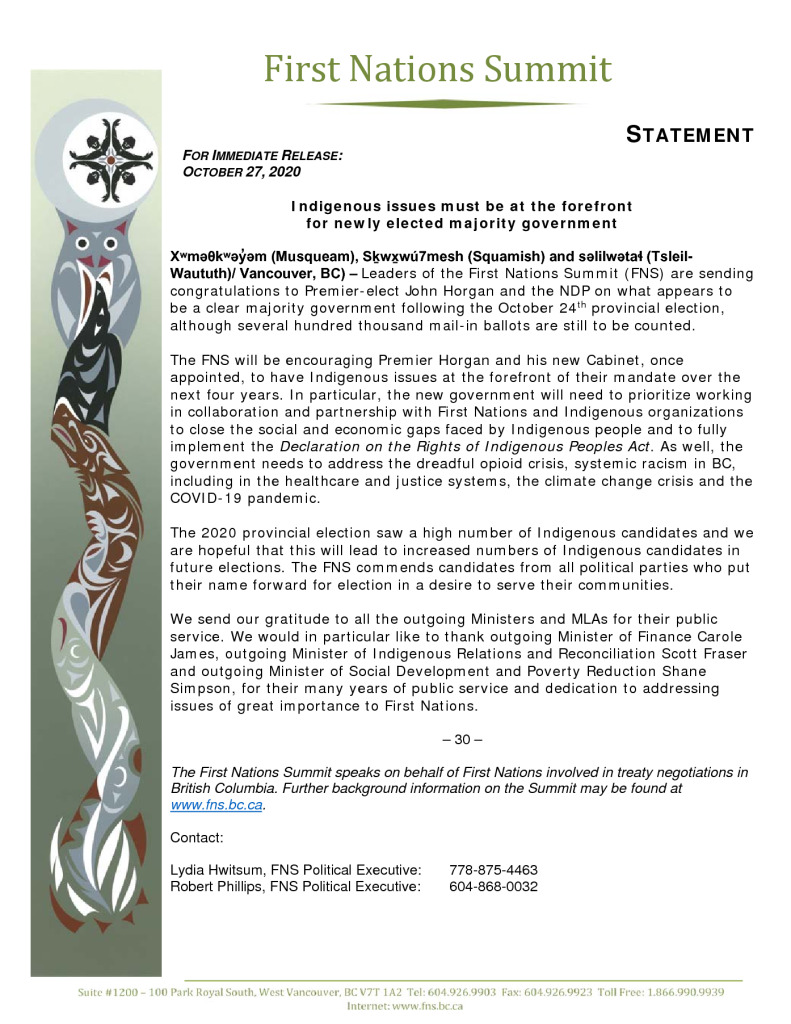 Xʷmәθkʷәy̓әm (Musqueam), Sḵwx̱wú7mesh (Squamish) and sәlilwәtaɬ (Tsleil-Waututh)/ Vancouver, BC) – Leaders of the First Nations Summit (FNS) are sending congratulations to Premier-elect John Horgan and the NDP on what appears to be a clear majority government following the October 24th provincial election, although several hundred thousand mail-in ballots are still to be counted.
The FNS will be encouraging Premier Horgan and his new Cabinet, once appointed, to have Indigenous issues at the forefront of their mandate over the next four years. In particular, the new government will need to prioritize working in collaboration and partnership with First Nations and Indigenous organizations to close the social and economic gaps faced by Indigenous people and to fully implement the Declaration on the Rights of Indigenous Peoples Act. As well, the government needs to address the dreadful opioid crisis, systemic racism in BC, including in the healthcare and justice systems, the climate change crisis and the COVID-19 pandemic.