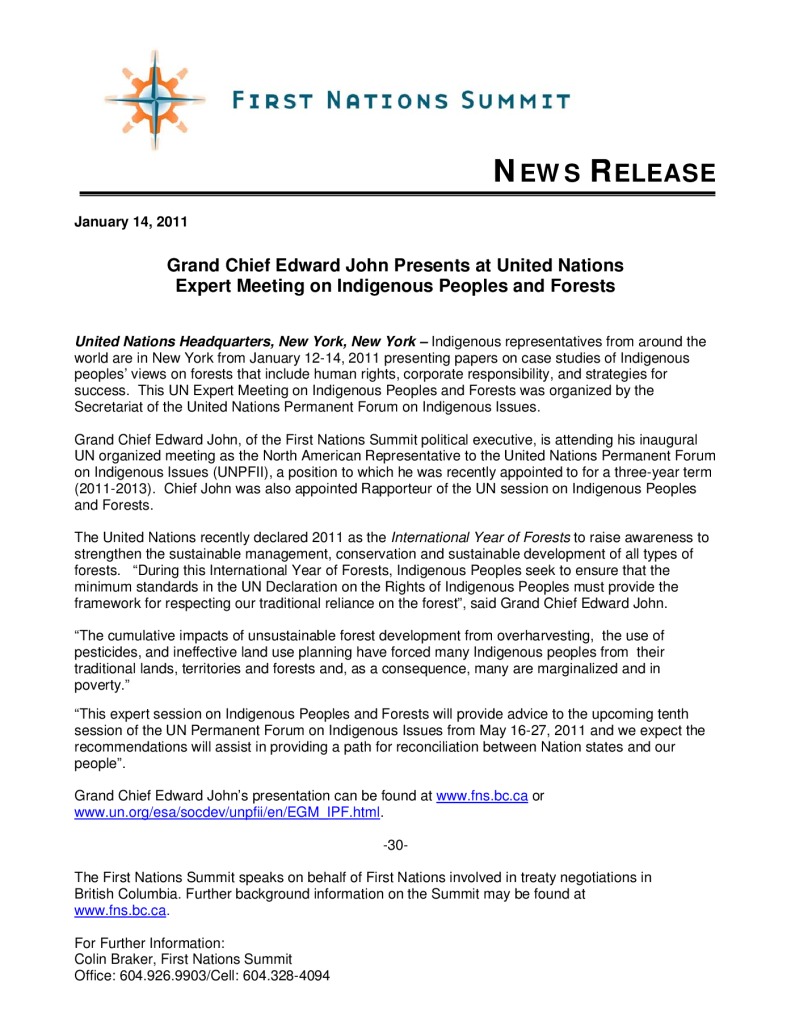 United Nations Headquarters, New York, New York – Indigenous representatives from around the world are in New York from January 12-14, 2011 presenting papers on case studies of Indigenous peoples’ views on forests that include human rights, corporate responsibility, and strategies for success. This UN Expert Meeting on Indigenous Peoples and Forests was organized by the Secretariat of the United Nations Permanent Forum on Indigenous Issues.

Grand Chief Edward John, of the First Nations Summit political executive, is attending his inaugural UN organized meeting as the North American Representative to the United Nations Permanent Forum on Indigenous Issues (UNPFII), a position to which he was recently appointed to for a three-year term (2011-2013). Chief John was also appointed Rapporteur of the UN session on Indigenous Peoples and Forests.

The United Nations recently declared 2011 as the International Year of Forests to raise awareness to strengthen the sustainable management, conservation and sustainable development of all types of forests. “During this International Year of Forests, Indigenous Peoples seek to ensure that the minimum standards in the UN Declaration on the Rights of Indigenous Peoples must provide the framework for respecting our traditional reliance on the forest”, said Grand Chief Edward John.