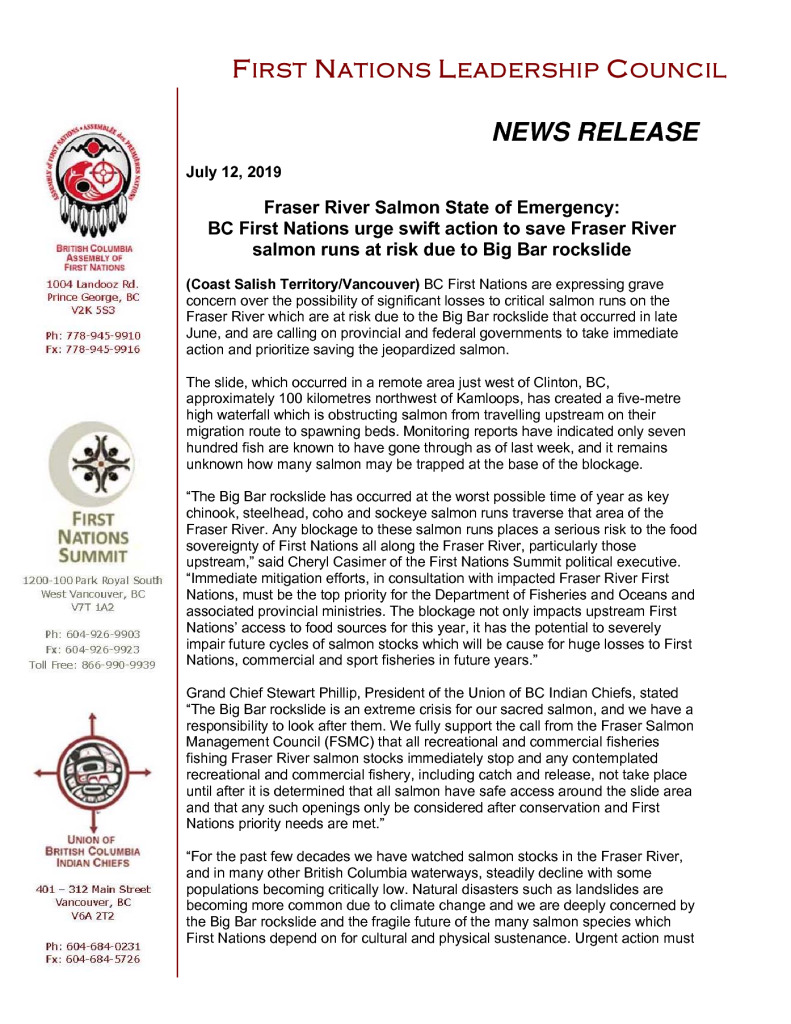 (Coast Salish Territory/Vancouver) BC First Nations are expressing grave concern over the possibility of significant losses to critical salmon runs on the Fraser River which are at risk due to the Big Bar rockslide that occurred in late June, and are calling on provincial and federal governments to take immediate action and prioritize saving the jeopardized salmon.

The slide, which occurred in a remote area just west of Clinton, BC, approximately 100 kilometres northwest of Kamloops, has created a five-metre high waterfall which is obstructing salmon from travelling upstream on their migration route to spawning beds. Monitoring reports have indicated only seven hundred fish are known to have gone through as of last week, and it remains unknown how many salmon may be trapped at the base of the blockage.