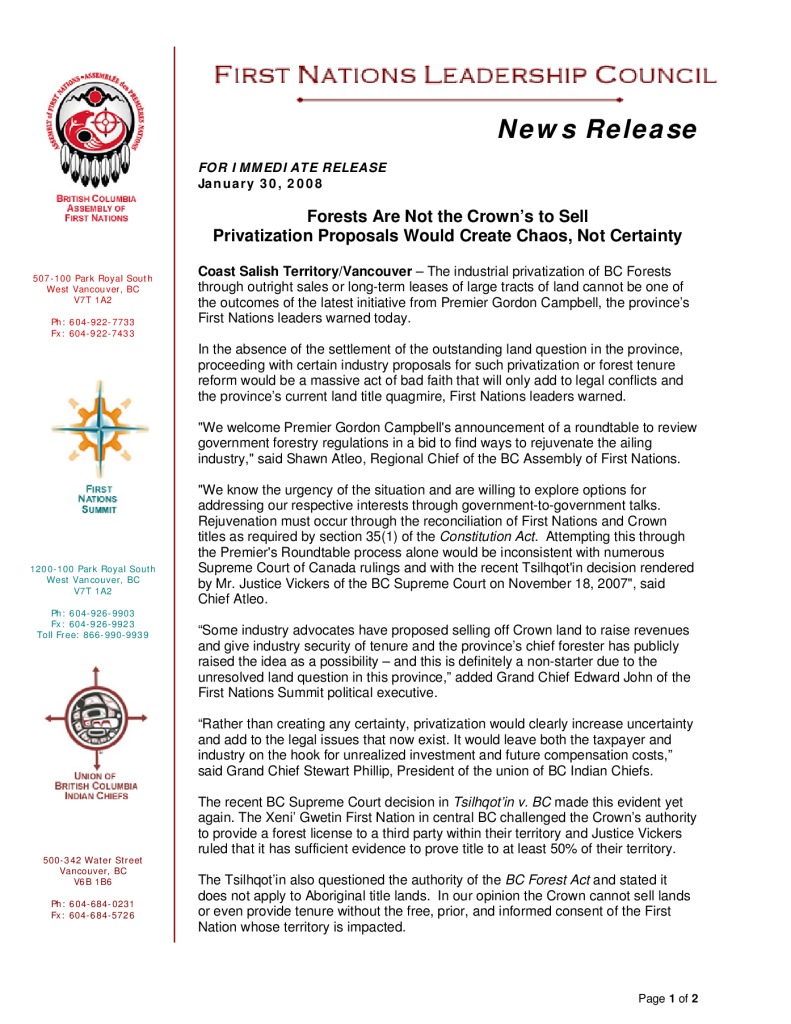 Coast Salish Territory/Vancouver – The industrial privatization of BC Forests through outright sales or long-term leases of large tracts of land cannot be one of the outcomes of the latest initiative from Premier Gordon Campbell, the province’s First Nations leaders warned today.

In the absence of the settlement of the outstanding land question in the province, proceeding with certain industry proposals for such privatization or forest tenure reform would be a massive act of bad faith that will only add to legal conflicts and the province’s current land title quagmire, First Nations leaders warned.

“We welcome Premier Gordon Campbell’s announcement of a roundtable to review government forestry regulations in a bid to find ways to rejuvenate the ailing industry,” said Shawn Atleo, Regional Chief of the BC Assembly of First Nations.