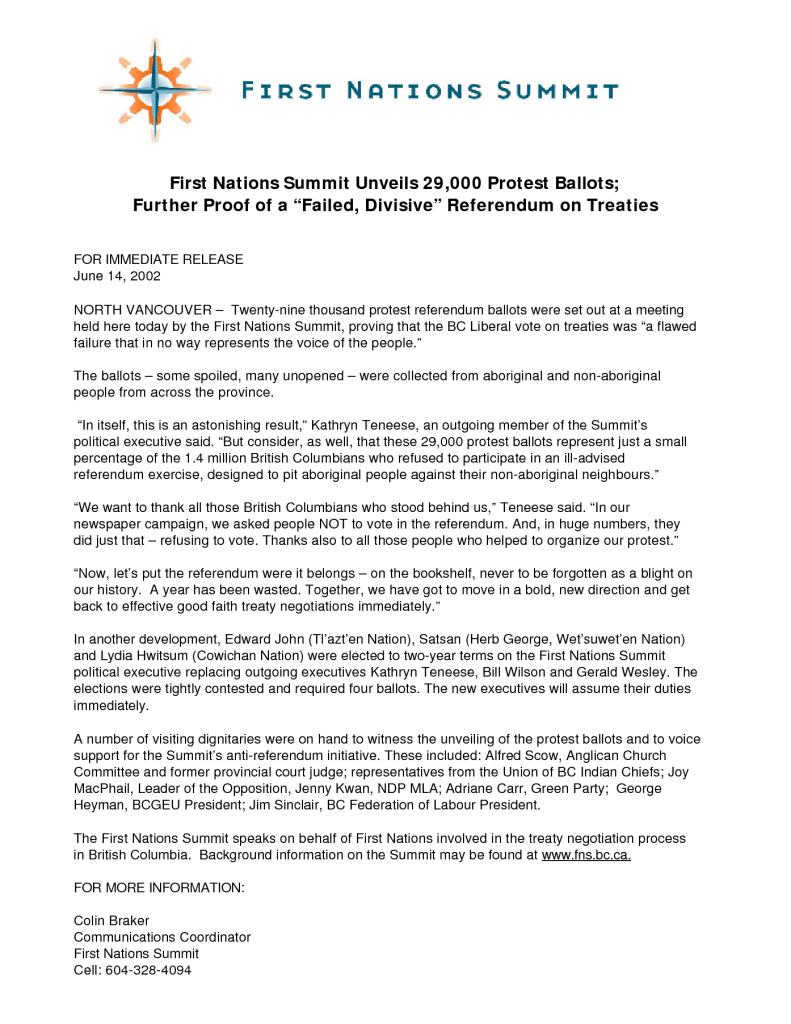 NORTH VANCOUVER – Twenty-nine thousand protest referendum ballots were set out at a meeting held here today by the First Nations Summit, proving that the BC Liberal vote on treaties was “a flawed failure that in no way represents the voice of the people.”

The ballots – some spoiled, many unopened – were collected from aboriginal and non-aboriginal people from across the province.

“In itself, this is an astonishing result,” Kathryn Teneese, an outgoing member of the Summit’s political executive said. “But consider, as well, that these 29,000 protest ballots represent just a small percentage of the 1.4 million British Columbians who refused to participate in an ill-advised referendum exercise, designed to pit aboriginal people against their non-aboriginal neighbours.”

“We want to thank all those British Columbians who stood behind us,” Teneese said. “In our newspaper campaign, we asked people NOT to vote in the referendum. And, in huge numbers, they did just that – refusing to vote. Thanks also to all those people who helped to organize our protest.”