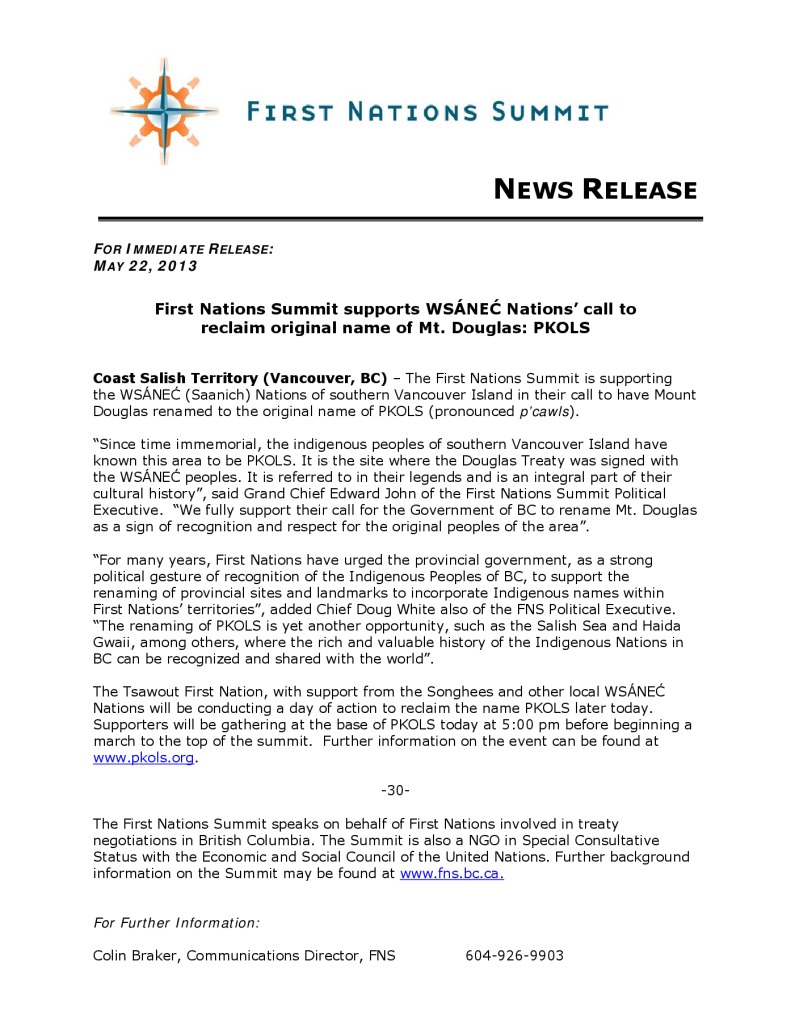 Coast Salish Territory (Vancouver, BC) – The First Nations Summit is supporting the WSÁNEĆ (Saanich) Nations of southern Vancouver Island in their call to have Mount Douglas renamed to the original name of PKOLS (pronounced p’cawls).

“Since time immemorial, the indigenous peoples of southern Vancouver Island have known this area to be PKOLS. It is the site where the Douglas Treaty was signed with the WSÁNEĆ peoples. It is referred to in their legends and is an integral part of their cultural history”, said Grand Chief Edward John of the First Nations Summit Political Executive. “We fully support their call for the Government of BC to rename Mt. Douglas as a sign of recognition and respect for the original peoples of the area”.

“For many years, First Nations have urged the provincial government, as a strong political gesture of recognition of the Indigenous Peoples of BC, to support the renaming of provincial sites and landmarks to incorporate Indigenous names within First Nations’ territories”, added Chief Doug White also of the FNS Political Executive. “The renaming of PKOLS is yet another opportunity, such as the Salish Sea and Haida Gwaii, among others, where the rich and valuable history of the Indigenous Nations in BC can be recognized and shared with the world”.