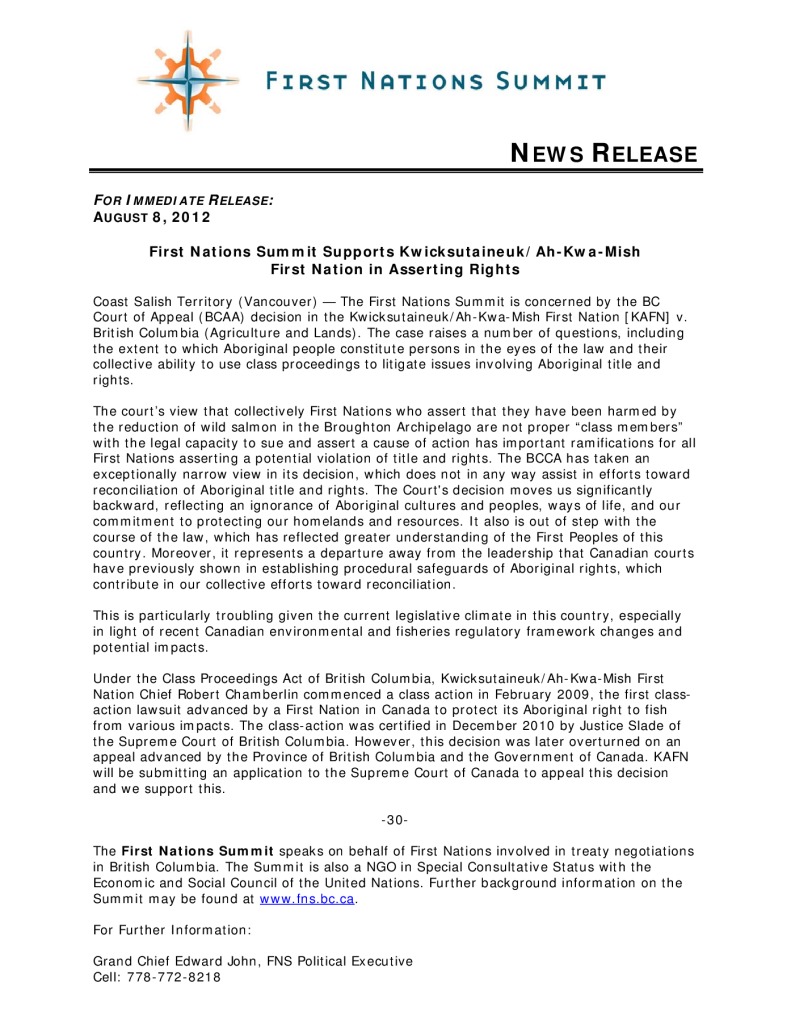 Coast Salish Territory (Vancouver) — The First Nations Summit is concerned by the BC Court of Appeal (BCAA) decision in the Kwicksutaineuk/Ah-Kwa-Mish First Nation [KAFN] v. British Columbia (Agriculture and Lands). The case raises a number of questions, including the extent to which Aboriginal people constitute persons in the eyes of the law and their collective ability to use class proceedings to litigate issues involving Aboriginal title and rights.

The court’s view that collectively First Nations who assert that they have been harmed by the reduction of wild salmon in the Broughton Archipelago are not proper “class members” with the legal capacity to sue and assert a cause of action has important ramifications for all First Nations asserting a potential violation of title and rights. The BCCA has taken an exceptionally narrow view in its decision, which does not in any way assist in efforts toward reconciliation of Aboriginal title and rights. The Court’s decision moves us significantly backward, reflecting an ignorance of Aboriginal cultures and peoples, ways of life, and our commitment to protecting our homelands and resources. It also is out of step with the course of the law, which has reflected greater understanding of the First Peoples of this country. Moreover, it represents a departure away from the leadership that Canadian courts have previously shown in establishing procedural safeguards of Aboriginal rights, which contribute in our collective efforts toward reconciliation.