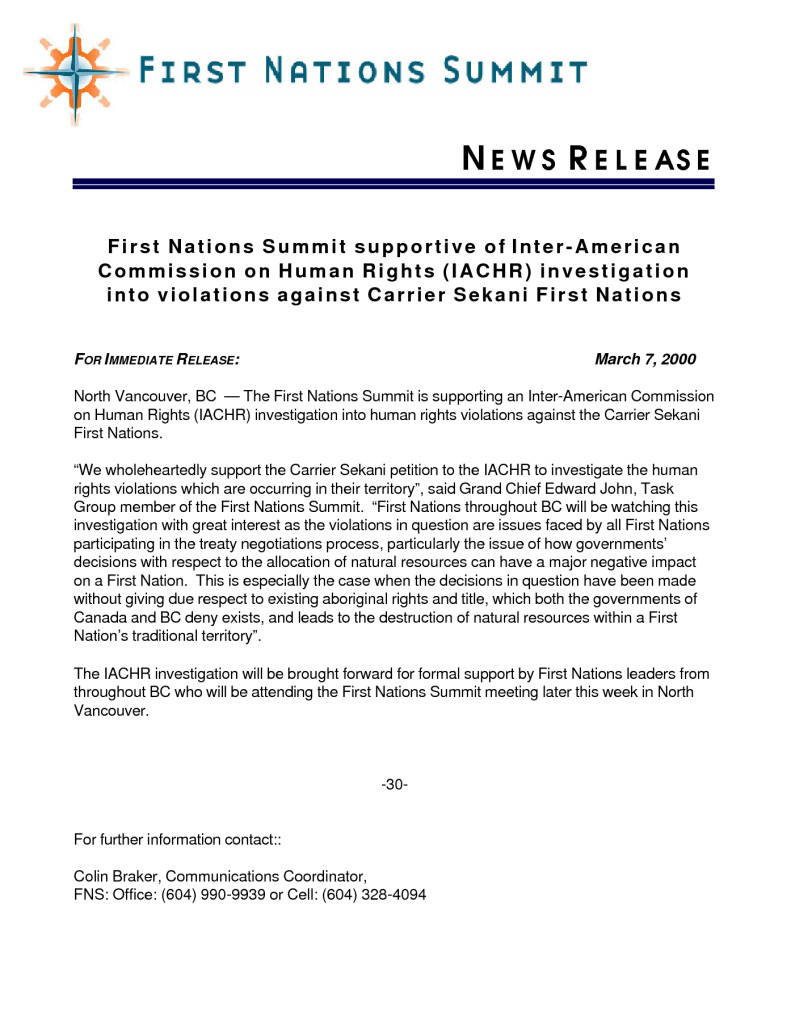 “We wholeheartedly support the Carrier Sekani petition to the IACHR to investigate the human rights violations which are occurring in their territory”, said Grand Chief Edward John, Task Group member of the First Nations Summit. “First Nations throughout BC will be watching this investigation with great interest as the violations in question are issues faced by all First Nations participating in the treaty negotiations process, particularly the issue of how governments’ decisions with respect to the allocation of natural resources can have a major negative impact on a First Nation. This is especially the case when the decisions in question have been made without giving due respect to existing aboriginal rights and title, which both the governments of Canada and BC deny exists, and leads to the destruction of natural resources within a First Nation’s traditional territory”.