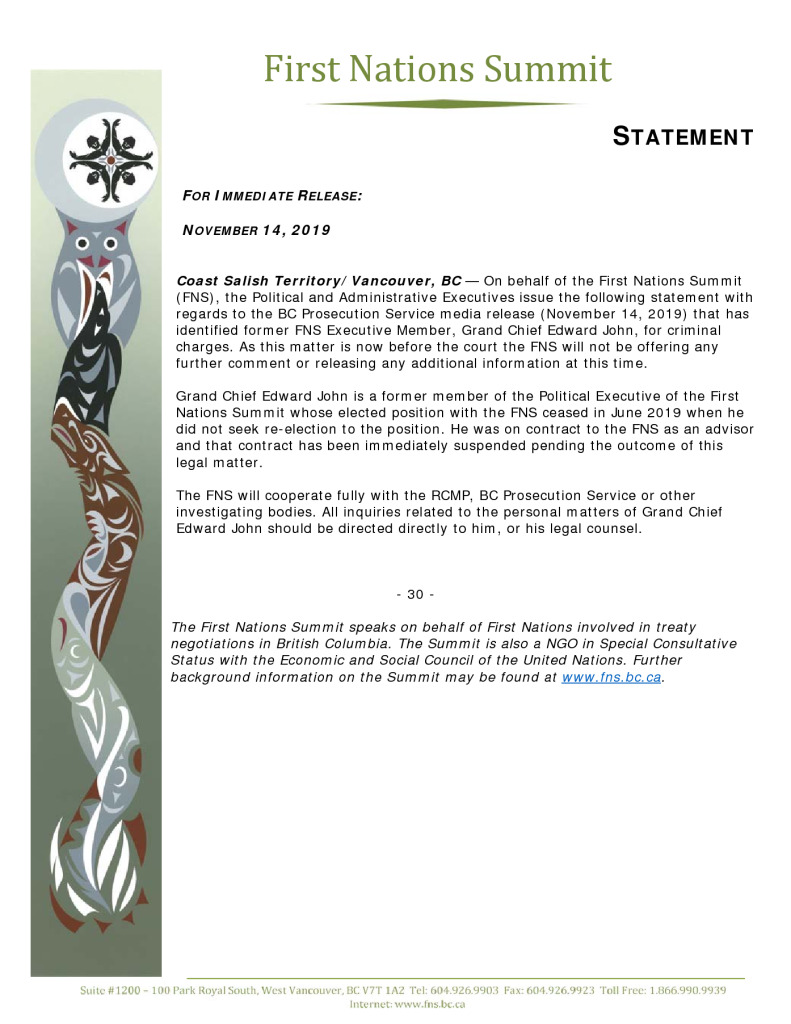 Coast Salish Territory/Vancouver, BC — On behalf of the First Nations Summit (FNS), the Political and Administrative Executives issue the following statement with regards to the BC Prosecution Service media release (November 14, 2019) that has identified former FNS Executive Member, Grand Chief Edward John, for criminal charges. As this matter is now before the court the FNS will not be offering any further comment or releasing any additional information at this time.

Grand Chief Edward John is a former member of the Political Executive of the First Nations Summit whose elected position with the FNS ceased in June 2019 when he did not seek re-election to the position. He was on contract to the FNS as an advisor and that contract has been immediately suspended pending the outcome of this legal matter.

The FNS will cooperate fully with the RCMP, BC Prosecution Service or other investigating bodies. All inquiries related to the personal matters of Grand Chief Edward John should be directed directly to him, or his legal counsel.