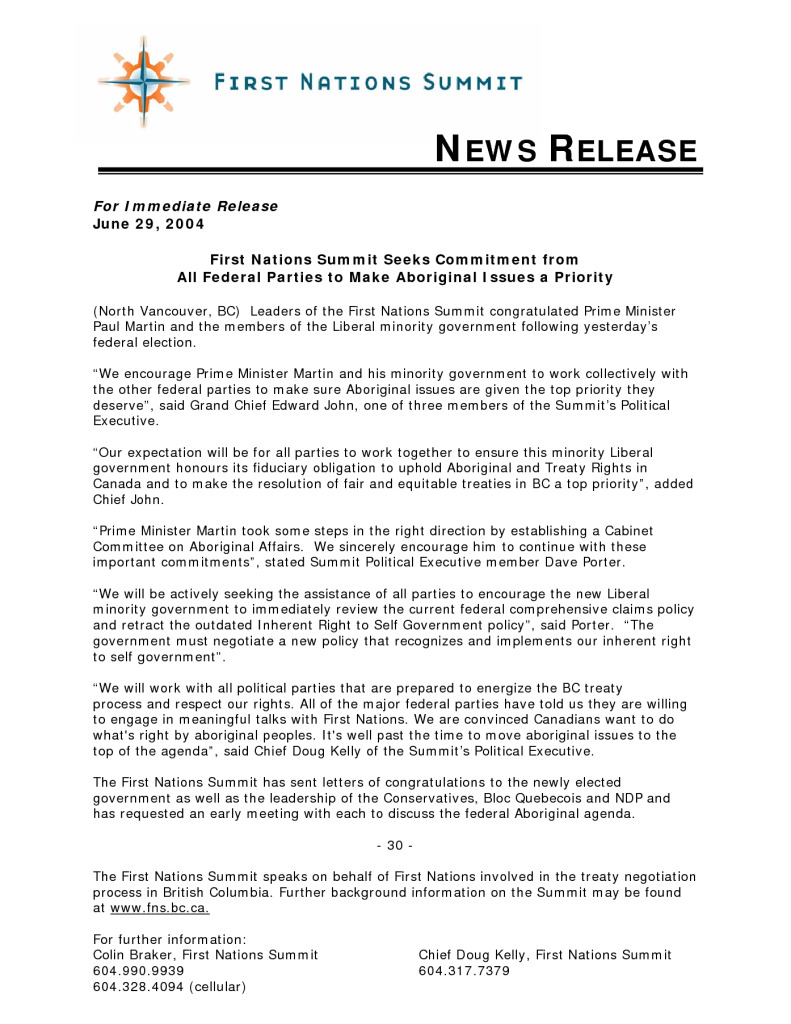 “We encourage Prime Minister Martin and his minority government to work collectively with the other federal parties to make sure Aboriginal issues are given the top priority they deserve”, said Grand Chief Edward John, one of three members of the Summit’s Political Executive.

“Our expectation will be for all parties to work together to ensure this minority Liberal government honours its fiduciary obligation to uphold Aboriginal and Treaty Rights in Canada and to make the resolution of fair and equitable treaties in BC a top priority”, added Chief John.