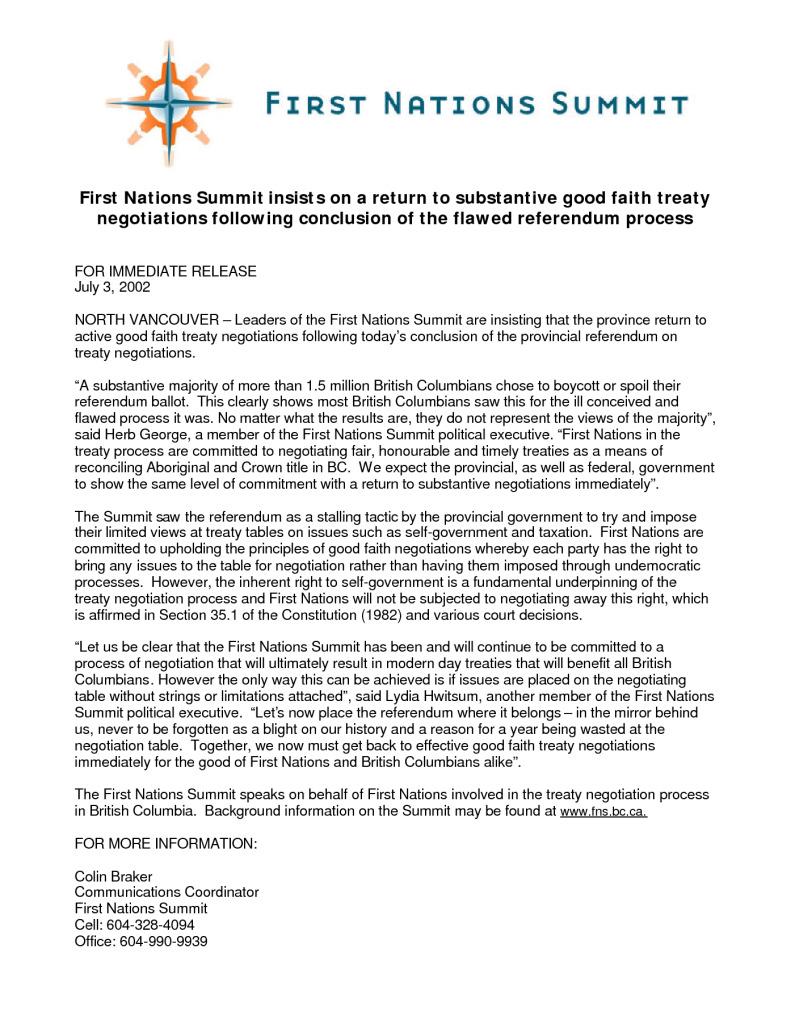 “A substantive majority of more than 1.5 million British Columbians chose to boycott or spoil their referendum ballot. This clearly shows most British Columbians saw this for the ill conceived and flawed process it was. No matter what the results are, they do not represent the views of the majority”, said Herb George, a member of the First Nations Summit political executive. “First Nations in the treaty process are committed to negotiating fair, honourable and timely treaties as a means of reconciling Aboriginal and Crown title in BC. We expect the provincial, as well as federal, government to show the same level of commitment with a return to substantive negotiations immediately”.

The Summit saw the referendum as a stalling tactic by the provincial government to try and impose their limited views at treaty tables on issues such as self-government and taxation. First Nations are committed to upholding the principles of good faith negotiations whereby each party has the right to bring any issues to the table for negotiation rather than having them imposed through undemocratic processes. However, the inherent right to self-government is a fundamental underpinning of the treaty negotiation process and First Nations will not be subjected to negotiating away this right, which is affirmed in Section 35.1 of the Constitution (1982) and various court decisions.