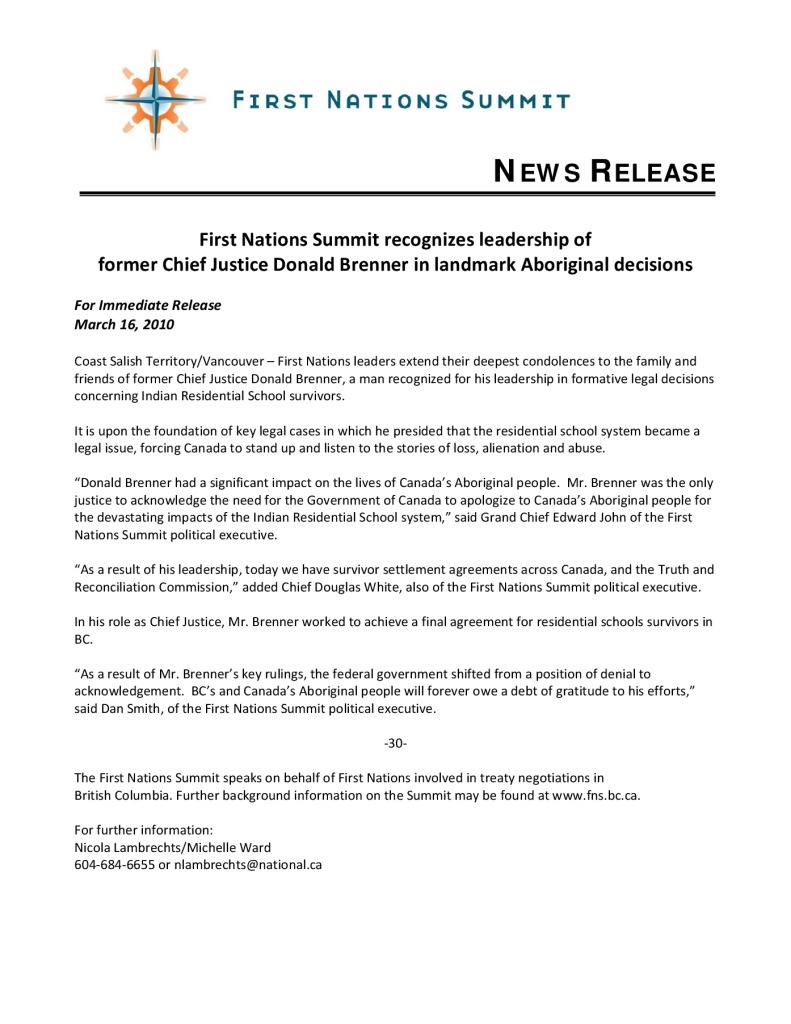 It is upon the foundation of key legal cases in which he presided that the residential school system became a legal issue, forcing Canada to stand up and listen to the stories of loss, alienation and abuse.