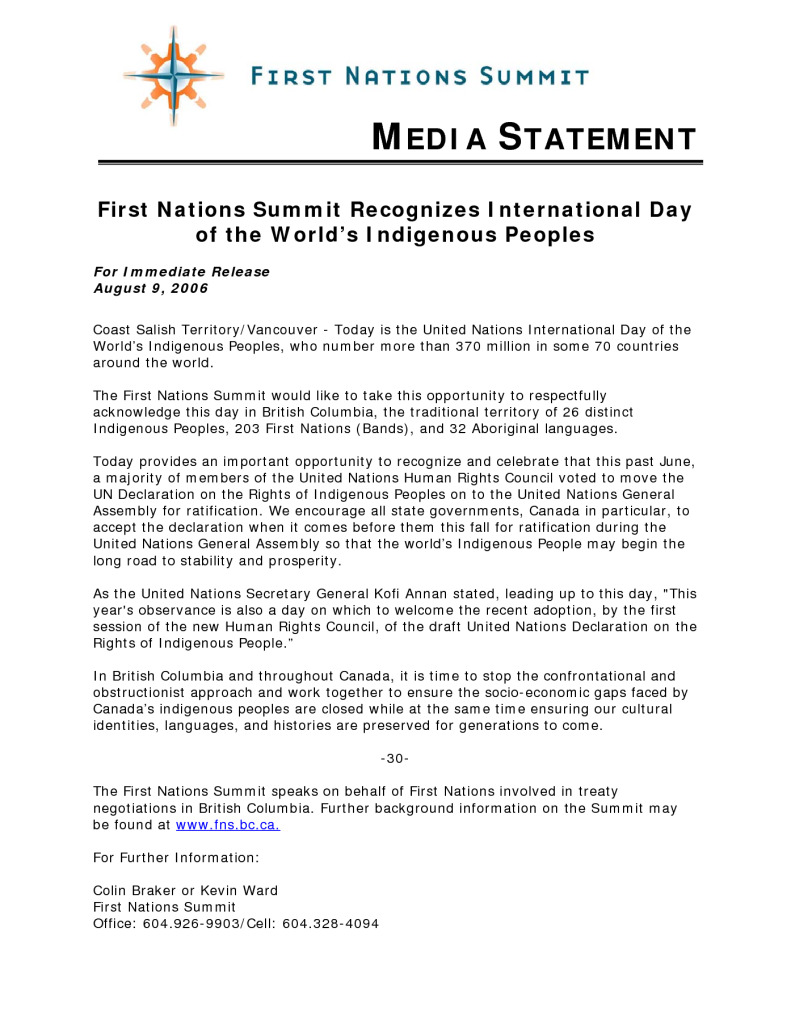 Coast Salish Territory/Vancouver – Today is the United Nations International Day of the World’s Indigenous Peoples, who number more than 370 million in some 70 countries around the world.

The First Nations Summit would like to take this opportunity to respectfully acknowledge this day in British Columbia, the traditional territory of 26 distinct Indigenous Peoples, 203 First Nations (Bands), and 32 Aboriginal languages.