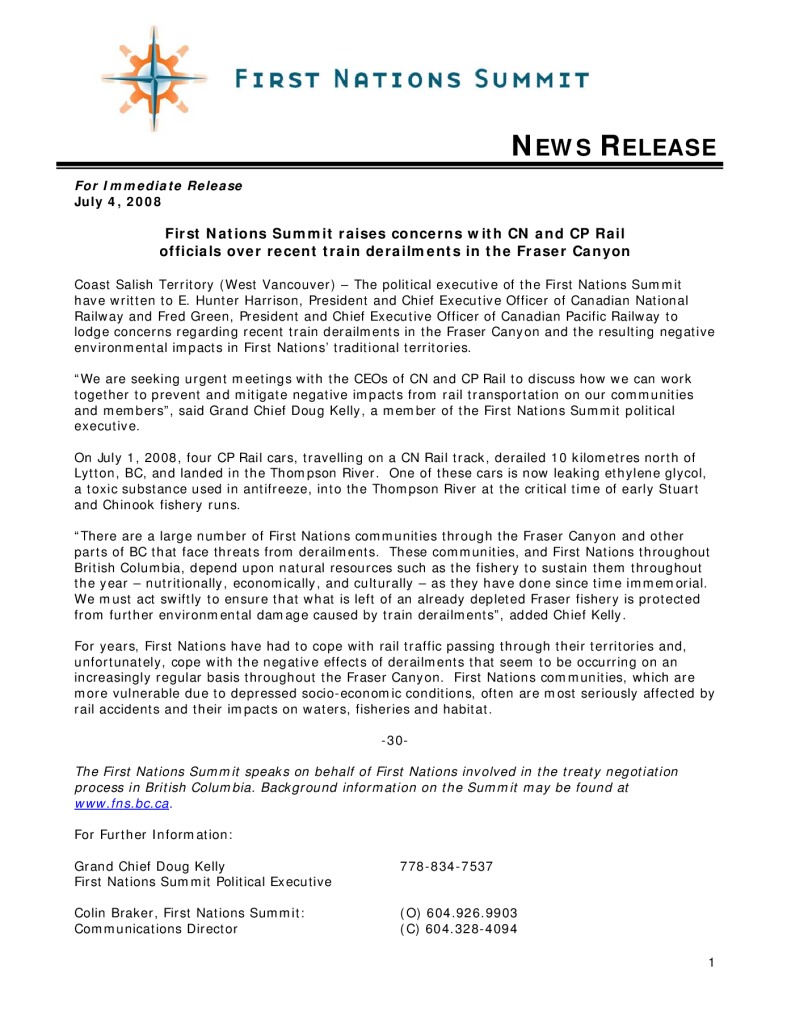 “We are seeking urgent meetings with the CEOs of CN and CP Rail to discuss how we can work together to prevent and mitigate negative impacts from rail transportation on our communities and members”, said Grand Chief Doug Kelly, a member of the First Nations Summit political executive.

On July 1, 2008, four CP Rail cars, travelling on a CN Rail track, derailed 10 kilometres north of Lytton, BC, and landed in the Thompson River. One of these cars is now leaking ethylene glycol, a toxic substance used in antifreeze, into the Thompson River at the critical time of early Stuart and Chinook fishery runs.