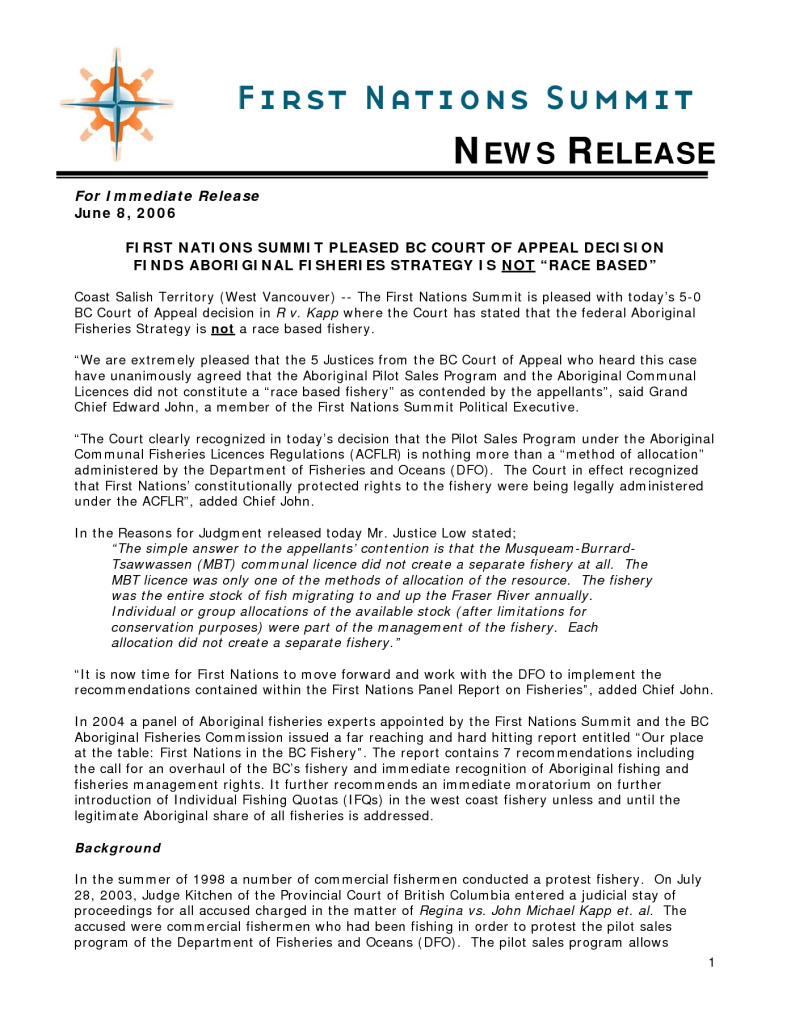 Coast Salish Territory (West Vancouver) — The First Nations Summit is pleased with today’s 5-0 BC Court of Appeal decision in R v. Kapp where the Court has stated that the federal Aboriginal Fisheries Strategy is not a race based fishery.

“We are extremely pleased that the 5 Justices from the BC Court of Appeal who heard this case have unanimously agreed that the Aboriginal Pilot Sales Program and the Aboriginal Communal Licences did not constitute a “race based fishery” as contended by the appellants”, said Grand Chief Edward John, a member of the First Nations Summit Political Executive.

“The Court clearly recognized in today’s decision that the Pilot Sales Program under the Aboriginal Communal Fisheries Licences Regulations (ACFLR) is nothing more than a “method of allocation” administered by the Department of Fisheries and Oceans (DFO). The Court in effect recognized that First Nations’ constitutionally protected rights to the fishery were being legally administered under the ACFLR”, added Chief John.