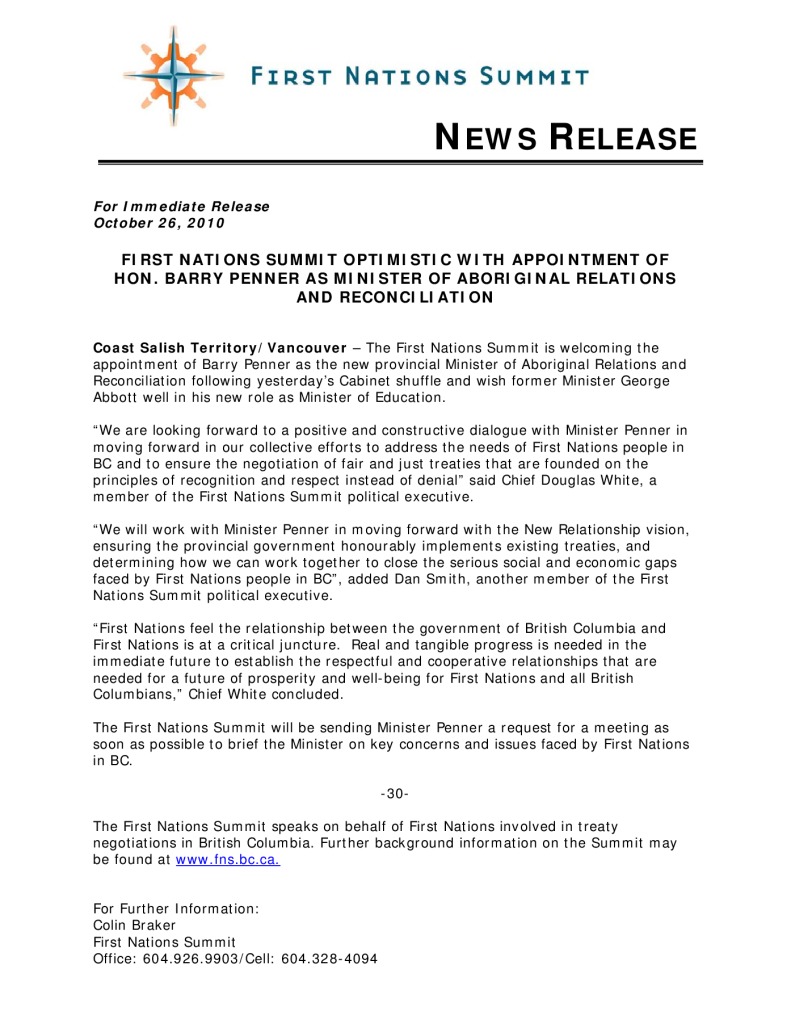 FNS Optimistic With Appointment of Min. of Aboriginal Relations & Reconciliation

Coast Salish Territory/Vancouver – The First Nations Summit is welcoming the appointment of Barry Penner as the new provincial Minister of Aboriginal Relations and Reconciliation following yesterday’s Cabinet shuffle and wish former Minister George Abbott well in his new role as Minister of Education.

“We are looking forward to a positive and constructive dialogue with Minister Penner in moving forward in our collective efforts to address the needs of First Nations people in BC and to ensure the negotiation of fair and just treaties that are founded on the principles of recognition and respect instead of denial” said Chief Douglas White, a member of the First Nations Summit political executive.

“We will work with Minister Penner in moving forward with the New Relationship vision, ensuring the provincial government honourably implements existing treaties, and determining how we can work together to close the serious social and economic gaps faced by First Nations people in BC”, added Dan Smith, another member of the First Nations Summit political executive.